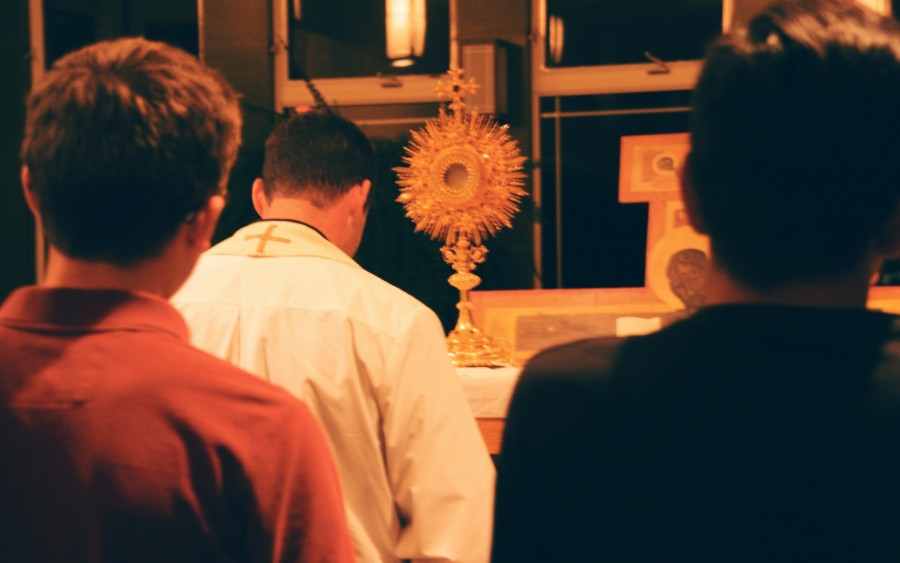 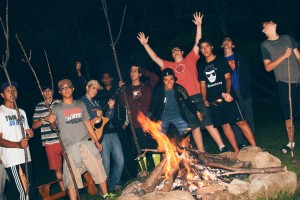 Every summer campers all over the word are lighting fires. Everyone loves to sit around the fire while they roast their marshmallows golden brown and watch the flames dance in the smoke. Families, hikers, kids camps, and scouts always enjoy the campfire experience. 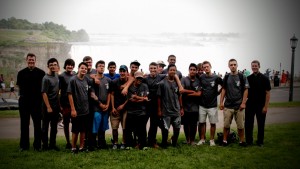 This past week twenty young men from Conquest Clubs in the Greater Toronto Area and beyond were sitting around a campfire of their own but it was more than just a literal flame. A fire was lit in these young men’s hearts that will be taken home with them.
On the last night of the camp the guys shared their highs and lows of the camp and gave the ‘most spiritual moment’ of the camp in their experience. One camper from Gatineau, Quebec, Antoine Bourdon said the talks during the week had a strong impact on him.

“The talks made us stronger in our faith so we can be better soldiers of Christ in today’s society. We started off the week with a rally in Niagara Falls where we were able to bring God into people’s day in a fun way and ask them questions about their faith. Most important of all, we all grew closer to Christ with Mass every morning and with the renewal of our ECyD pledge of friendship.” – Antoine Bourdon (Participant from Gatineau, Quebec) 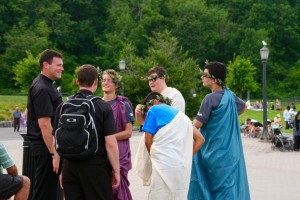 On the first day of Camp the boys went to Niagara Falls where they participated in what is called a ‘Rally.’ It is not a high school pep-rally but actually a street mission with a twist. The young men are asked to dress up in ridiculous ways and then go out into the streets asking people what the meaning of life is, if they believe in an afterlife, and who Jesus Christ is for them. The costumes force the boys not to be worrying what others think of them and they open the hearts of the onlookers because they don’t feel the boys are trying to convert them. Instead the people laugh at them and joyfully answer their questions. When the boys shared their thoughts on the rally on that evenings campfire many said they were impressed with how people had some many different visions of life but were happy to see many that did believe in God and in Christ. The boys found theirs were hearts on fire for Christ’s Kingdom. 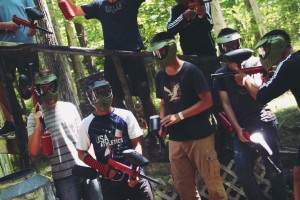 Throughout the rest of the week the boys swam at the beach, played paintball, and bonded as brothers. To add to the effect they did not have their cell phones. Some said that at the end of the week they had forgotten about their phone and had loved getting to know the others guys in person instead of just messaging people back home. You can’t beat real ‘FaceTime to build’ friendships.