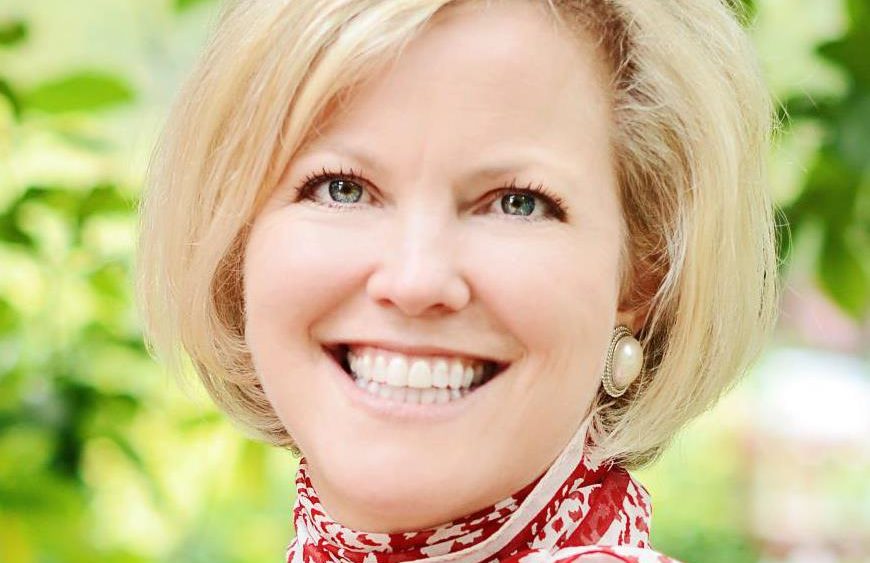 Where does a person go to get great leadership and management skills?  The places that come to mind are Harvard, Yale, University of Chicago, Stanford, and maybe a couple Big Ten universities.

Most people would not say “The Catholic Church.” Yet, from the parish level to the Vatican, leadership and management skills are essential for the Church to be successful.  And that also is true for religious congregations like the Legionaries of Christi – and lay movements like Regnum Christi.

Fortunately for our Movement, we have an apostle who knows a bit about leadership and management and is willing to share what she knows.

She is Katie Lundstrom, President and CEO of Firm Foundations – and active member of the DC women’s section. 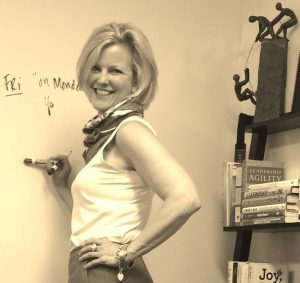 Katie has worked for more than 25 years to help individuals and organizations transform into high performing industry leaders. She has experience in both public and private sectors, specializing in strategic planning, executive and team coaching, and performance management. Katie Lundstrom has worked closely with senior executives in many industries including the government professional services, non-profits, utilities, telecommunications, transportation, and healthcare.

In 2011, she started Firm Foundations as a way to focus in on her true passion – helping others achieve their full leadership potential. She started the company after seven days of spiritual exercises where she received a clarion call to start it – despite much fear and trepidation to go “out on my own”.

As the leader of FFI, Katie works closely with every client, tailoring her approach to meet their needs and facilitating personal and professional transformation to achieve outstanding results. She has developed a team of partners and experts, who support and contribute to her mission of leadership development, building a firm foundation for success. She is known by FFI’s clients for “bringing out the best in everyone”.

That is something she is trying to do in Regnum Christi. For the Movement, she is something of a triple option.

First, she works close with the Mission Support Team. This is the group of professionals (both lay and religious) who manage the day-to-day operations of the Movement at the Territorial level. Members of the team have varied backgrounds, some with business experience.

But like most people who join Regnum Christi, their reasons for being part of the Movement are more spiritual than practical. As part of the support team, the leadership and management skills Katie is teaching are key to the proper stewardship of the time, talent, and treasure people bring to the Movement.

And she occasionally works with other groups in the Movement. She recently did a three-day leadership seminar in Germany with leaders of the Legionaries, Consecrated Women, and Laity of the European Territory, as well as a workshop with the Young Adults in Vienna, Austria. 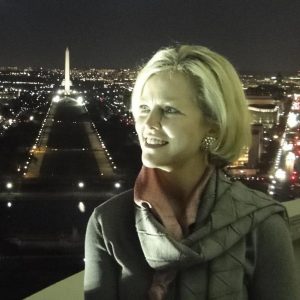 Second, Katie is a key member of the teaching team for Catholic Worldview Fellowship. CWF is a unique combination: courses, workshops, personal coaching, leadership training, prayer, and travel. The 30-day program includes time in Germany and Rome. Don’t be surprised if some of the most effective leaders in the future of the Church are past participants.

Third, she has just been appointed the local RC director for the Washington locality. With this on top of everything else, you have to wonder how she got so involved. In light of her personal history, her passion for Catholic apostolate today might be a bit of a surprise.

Katie grew up in Woodstock, Illinois, a small town northwest of Chicago that isn’t quite sure if it is a suburb or “downstate”.

She graduated from Miami University (Ohio), worked for five years in Chicago, then went back to school and got her MBA from the University of North Carolina. Fifteen years into her consulting career, she received her coaching certification to be a personal coach for leaders, something that had become her professional passion.

As for her faith life, Katie was raised Lutheran and sampled several Protestant flavors during college and after. She admits she tended to follow what was trendy in faith circles. But she learned that God was preparing her for a big change.

By the early 2000s, she was living and working in Washington.  She got involved in the local Episcopal Parish.  In fact, she got so involved that she became a member of the parish council.

It was a controversial time for the Episcopal Church, which elected the first openly gay bishop, Gene Robinson, to a diocese in 2004.  The controversy was so great that it threatened a schism in the Worldwide Anglican Communion, of which the Episcopal Church in the United States is a member.

Katie had been part of several church communities but had never experienced up close and personal the pain of a schism.

And somewhere back in her mind, she realized how awful it was when schism tore the church apart.  And while it had happened long ago, for the first time, she experienced personally how much the Church must have suffered at the break away of Protestants.

Ironically, a friend was in the process of converting to Catholicism. The friend recommended that Katie read Rome Sweet Home by Scott & Kimberly Hahn. Katie got the book, starting reading, and finished it the same day.

It stuck so many cords, as did what she had heard about the church’s teaching on theology of the body. Katie signed up for RCIA and entered the Catholic Church in 2006.

That is supposed to be the part where everything turns out perfectly. But it wasn’t that easy.

Katie had been part of ACTIVE church communities in the past. She was enthralled by the TRUTH of the Catholic faith, but it seem to lack warmth. She says for the first couple years she really didn’t do much but show up for Mass and sit alone in the pew.

But in 2008 she went on spiritual exercises at Our Lady of Bethesda Retreat Center, She was welcomed and felt comfortable with the people she met.  Fr. John Hopkins, LC, got her involved in a Regnum Christi study circle.

In January, 2009, Katie became a member of Regnum Christi. She joined at the moment the Movement would enter its period of initial shock and eventual renewal as the scandal of the founder unfolded.

All that trauma didn’t affect Katie.  She was accompanied in her faith journey by the RC family in the Washington locality:

“The people were amazing…they all have hearts like I want to have.”