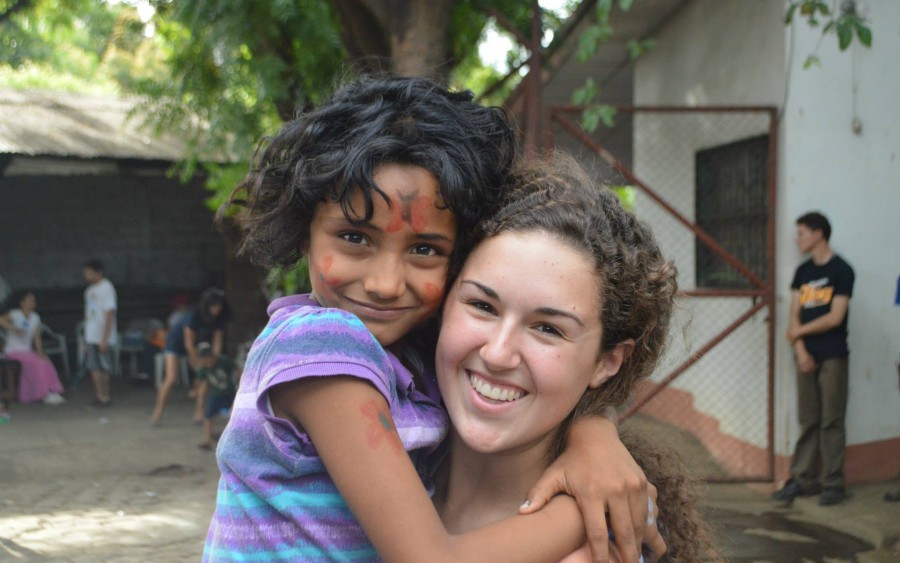 42 Pinecrest Academy students recently graduated and realized that their greatest strengths were not just in what they had accomplished, but in what they were able to give of themselves and their faith. 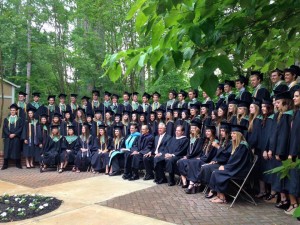 was a Christ-centered and elegant milestone event that crowned these students with recognition for their academic and athletic accolades, college acceptances, scholarships, and very promising futures. 2 days later they met at the school chapel for Mass with Fr Paul Alger, LC, their high school chaplain, and then began the journey to an 8 day mission with the poorest of Chinandega, Nicaragua, 3000 miles away. Many of these students had been together since kindergarten, and had grown up with each other, building friendships, competing in sports, going to school and finding their own paths into the future. The mission to Nicaragua gave them a chance to see their friends in ways that they had not yet experienced. Giving of themselves through heat, dust hunger and fatigue; celebrating not what they had accomplished several days earlier, but who they had become as young men and women with an integral formation. 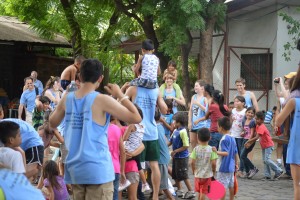 Two days earlier at commencement, Head of school Paul Parker told the students that they had been equipped with all they needed for the journey ahead of them into adulthood, and that they would discover this as they stepped out and ‘left the shire to accomplish their mission on their own.’ Their first steps out of the shire were into a third world country, where they found in themselves and each other hearts capable of forgetting self and giving to the point of exhaustion as they dug the dusty foundations for the new Immaculate Conception Catholic church in an area where no church existed. Chaperone Vince Koehler said “The boys dug, they worked with rebar and wire to assemble 30 foot constructs for the columns. I did not hear one complaint or disgruntled comment. They worked their tails off. Never know they were suburban kids, these boys have heart and grit. One dad [chaperone] asked if the shovelers wanted a break and one kid responded; “the only thing we want to break is dirt”. They warmed to the workers from a local construction company and they labored together. They won the respect of these grizzled laborers. Lots of neighbors watched the boys work; it was really an amazing experience. One kid said he couldn’t believe they had the opportunity to do this kind of work.” 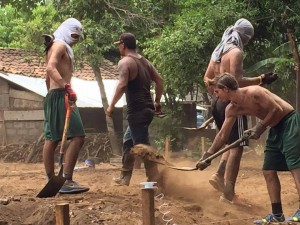 The Pinecrest grads soon realized that they were indeed far from the shire, and that their comfortable lives were separated from those of some special children in Nicaragua by more than just miles. At a local garbage site, they encountered ‘the children of the dump’, who live there, picking through the refuse to find things to sell and recycle, to live and exist. The Pinecrest missionaries went to the dump and put on a carnival for these children, bringing gifts, toys, clothing, a piñata filled with candy, painting their faces and serving them lunch. Pope Francis has warned us that you can’t be a missionary from on high. That if we give out of pity, from a distance, we are Pharisees. A true missionary gives to the poor, touches, them, affirms their humanity, but also encounters Christ in them, and receives Christ from the poor as well. In giving themselves, they receive, and an exchange of humanity, an exchange of Christ takes place. The missionaries laughed and played with these children who had nothing but still lived a joy and simplicity uncommon in affluent America. They gave to the “children of the dump,” but perhaps received more themselves from the smiles and joy given back to them and the experience of an uncomplicated happiness in the midst of poverty. 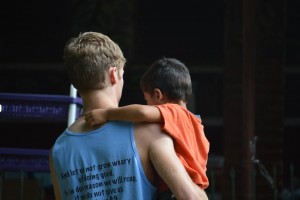 Dr. Teresa Petros, a chaperone and mother of a graduate accompanied the girls as they visited Casa Materna, a home for pregnant women with 36 women currently in residence. The youngest is 16 years old. The girls arrived to find the residents waiting for them excitedly, and they immediately got to work: manicures, pedicures, shoulder and foot massages, and hair braids galore! Teresa related that “They all did great judging by the smiles on the ladies’ faces! After the pampering session, the girls got the pregnant ladies exercising by involving them in “the Catholic Dance.” Then they engaged the ladies in a cheer competition and you would have chuckled watching these ladies with their big pregnant bellies “boogieing” with our girls! We were glad no one went into labor. After leaving there, we went “home” and began preparing more food baskets, measuring beans, rice and sugar into 2# portions and adding other necessities. The girls had 100 bags put together in no time. We got it from the kitchen area to the back of the van passing it through a 20 person assembly line. We then drove 45 minutes over dirt roads and rocks and began carrying the bags to individual “homes:” metal shacks or simple covered areas in the hills. Each person started out carrying 3 bags each (probably about 25 pounds of food) but the bags kept slipping and bursting open and 3/4 groups had to resort to travelling in the vans to get the goods delivered. As much as we could, we stopped to chat and pray and pass out rosaries and prayer cards to the people. Our afternoon culminated with the mass on the beach…it was amazing and the hermit crabs crawling in front of the altar only added to the ambiance. “It was the best day ever” exclaimed girls’ Valedictorian Ave Fouriezos on the ride home to dinner.” 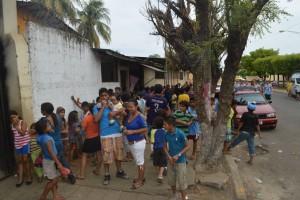 An education in the faith is a gift that lasts a lifetime and into future generations. The advantages, love, support, determination, hard work and faith that colored these graduates lives for 13 years will certainly set them on a path to accomplishing anything they set their mind to, in the hope of completing Pinecrest’s mission of ‘forming catholic leaders to transform society.’ What they now realize is that their greatest treasures are more than their accomplishments. The gift of Christ in their hearts and lives that impelled them out of themselves as missionaries is what truly will change the world through their future leadership as parents, spouses, priests, consecrated, professionals and Catholics. The rest are the gifts of the shire, valuable tools they will use along the way and hopefully pass on to another generation.