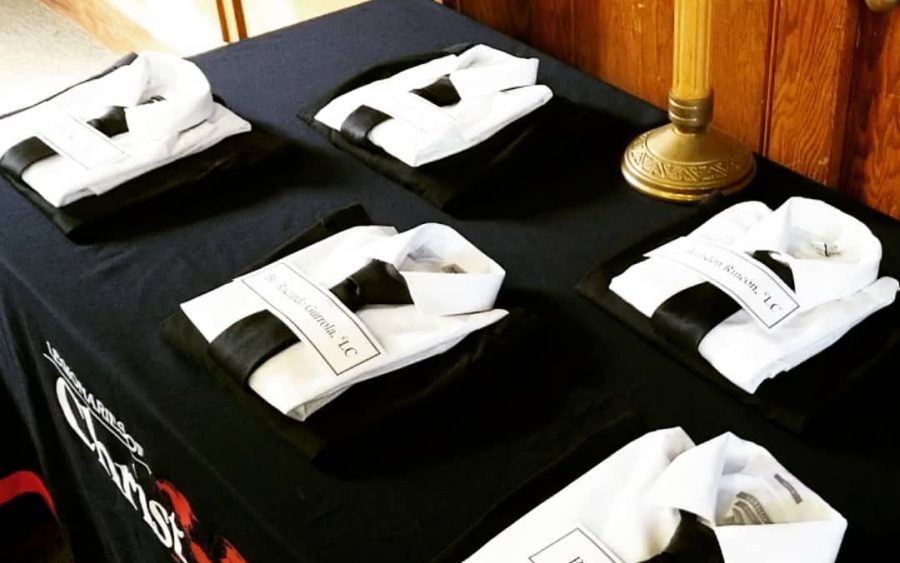 This summer, about a dozen young men are discerning their vocation in the Legion’s candidacy program in Cheshire. At the end of the summer, each will decide whether or not to continue with Novitiate.

Five of these young men come from our boarding high school for those considering a vocation, Sacred Heart Apostolic School, while seven or eight will come from other high schools or colleges.

Fr. Robert DeCesare, LC, assistant to the admissions director at Sacred Heart, has known five of the candidates since they first visited the apostolic school before becoming students there three to six years ago. He described the process these young men have gone through to get to this point.

“We want to create a spirit of family,” Fr. Robert said, referring the experience of new students at the school. “We want to create a spirit of conviction and freedom to do what you ought.” In response to past complaints that new students were too cut off from their families, school staff now help families feel at home at the school and to help them understand what student life is like. Students have breaks to see their families: a week at Thanksgiving, a 9–10 day break over Christmas, a 10–day Spring break, visits for parents’ birthdays, and a month-long vacation with family.

As for conviction, students now have more free time at the school when they can organize things themselves. School staff also strive to find apostolates or ministries for these young men near the school in Indiana. Fr. Robert said, “We try to offer a lifestyle suitable for youth, which introduces them to the spirituality of the Legionaries of Christ.”

During their time at Sacred Heart, students have a lot of prayer time, including daily Mass, regular guidance from a priest, daily mediation, rosary, and other devotions.

The academic curriculum has changed a bit in recent years. Fr. Robert notes that, now, “the Seniors have more independent study and can go deeper, which has allowed them to develop. We maintain the rigor while providing more depth.”

An annual visit to Cheshire and regular visits from other Legionaries help to instill the Legionary Spirit in these young men. They also are introduced to the whole of Regnum Christi. Fr. Robert noted that the group attending the March for Life got to know Regnum Christi members in Washington, DC. “It gave them a greater vision of the horizon of the Legion,” he said. “They saw Legionaries and they saw Regnum Christi members, giving them a great sense of the whole family.”

Fr. Robert explained that, since Sacred Heart is for discernment, a little less than half of students who attend for a year or more continue on to the novitiate.

One of the candidates, Br. Jack Dardis, cLC, was a finalist in a “Daughters of the Revolution” essay contest this year. Referring to his time at Sacred Heart school, he said, “I like to mentor a lot of the younger guys at the school just to give them what I’ve been given, because I’ve been given so much. I’m very grateful for that. […] I like to organize sports tournaments, physical training things or little scavenger hunts. I try to teach them what I’ve learned, musically or intellectually. I want to try to form them to be men who give themselves to others, not taking—men who are always serving.”

You can see a photo album of the candidates receiving their uniforms on the Sacred Heart Apostolic School’s Facebook page. 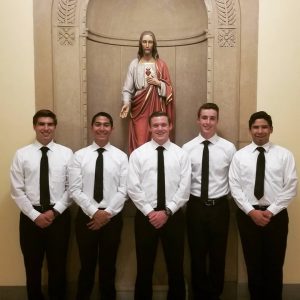 Seven other young men, in addition to the Sacred Heart graduates, have come to Cheshire from high school and college. One additional young man hopes to join later in the summer, after working to reduce college debt.

Fr. Edward explains the two main objectives of candidacy: “Number one, to take a more formal step of discernment, and number two is to get an introduction to Legionary life, to the priesthood, and to religious life. We want them to get that first level of formation in the Legion, in view of Novitiate.”

As candidacy progresses, participants get more accustomed to the regimen of community life, where their time is disciplined and includes activities such as prayer and work. They attend classes in elementary Spanish and Catholic teachings, play sports, pray, and engage in apostolic work. Slowly, they adapt to the norms of Legionary life.

Daily prayer includes meditation, starting with half an hour and extending to a full hour by the end of the summer. They also engage in 30 minutes of adoration each day, as well as rosary and Mass.

Fr Edward said the apostolate has undergone a big change in the past dozen years. Organizers arrange four day-long apostolates for candidates in different areas during the summer. Candidates also will visit Legionary communities and Regnum Christi members to see the different ministries in the USA.

Most of the summer is spent at the Legion’s College of Humanities and Novitiate in Cheshire, Connecticut. Candidates will travel down to Houston for the ordination of seven Legionary Deacons, and later to Washington, DC, for a psychological evaluation.

The candidates from Sacred Heart will join the other candidates just after the diaconate ordinations in Houston.

Please keep these young men in your prayers.

Fr. Nicholas Sheehy, LC, is the assistant to the r

Life as full-time college chaplain is a busy one.