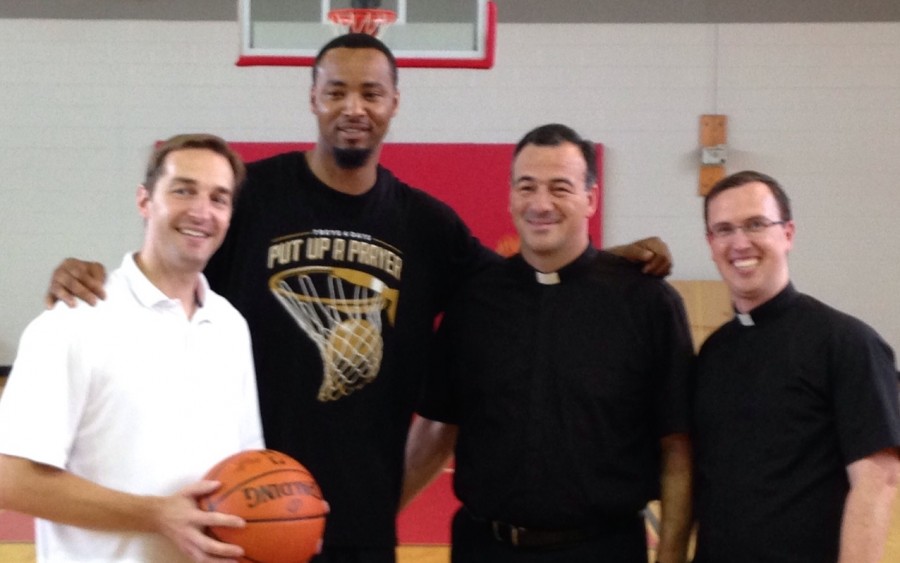 Steve Bollman, the founder of Paradisus Dei, successfully launched a program to strengthen Catholic men in their faith called “That Man is You”. Over the past year, he and one of his assistants, Mark Hartfiel, have been piloting two other programs to promote stronger Catholic marriages and stronger Catholic young adults. These two programs are called “The Choice Wine” and “Hope Undimmed”.

To get the word out about these two new programs and to help raise funds to start the program in different parishes around the United States, Steven and Mark, started the “Put up a Prayer” 3 point competition. Over 100 participants across the United States signed and helped to raise funds for the program. Fr Jacob DuMont, the local superior in New Orleans, Louisiana also signed up for the competition and ended up becoming one of the 8 finalists to go to Houston for a shoot out with Richard Lewis, a current NBA basketball player. Richard grew up in Houston and is a good friend and classmate of Mark Hartfiel.

This event provided a great opportunity to collaborate with Paradisus Dei as well as meet a number of Catholic families interested in working together to build the Kingdom.

For more information on the competition you can see: www.putupaprayer.com