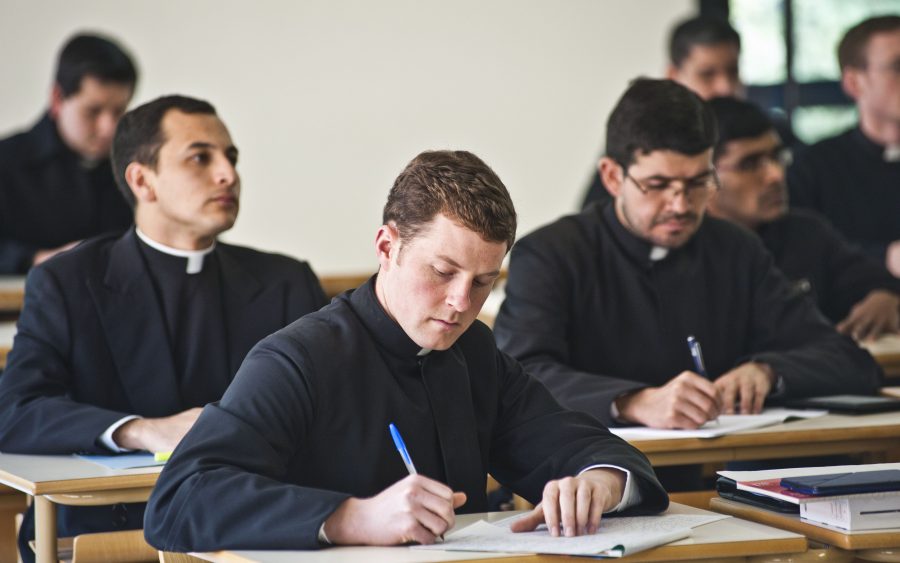 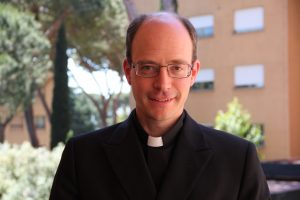 This spring, the Legion of Christ issued its first “Ratio Institutionis.” In a nutshell, it is a guide to the formation and life of a Legionary. Fr. Sylvester Heereman LC served on the team that developed the “Ratio”. In the following, he answers a few questions to provide a deeper look at its purpose and how it will be used by the Congregation – as well as implications for everyone in Regnum Christi

What is the purpose of the “Ratio Institutionis”?

This is the document that shows a Legionary – from the start of his discernment through the end of his life – how to form himself and live our charism to the fullest.

How is it organized?

There are two main parts. One describes the goal of formation and the general means to achieve it: the identity and lifestyle of a Legionary who is out on a mission as an ordained priest.  The second focuses on the stages of formation.

So, what is the identity of a Legionary as set forth in this document?

First, a Legionary is called to have several important traits:

If somebody develops a clear sense of identity according to the Heart of Christ, he will enjoy certain fruits: 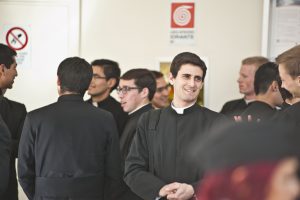 This seems to be much more than discipline and rules…

Absolutely. First, I want to emphasize that formation isn’t something that happens in the seminary and then is complete for the rest of a Legionary’s life. No, it continues throughout life.

The goal of formation is to have a clear sense of identity, to know who he really is and be happy to be just that. It isn’t just about acquiring knowledge or about learning how to behave.

It is also, but not in the first place and not as the principal means. Formation is not just a set of drills, or simple repetition of certain behaviors. Proper behavior and appropriate living of the charism doesn’t come just because a man is following rules. The rule and obedience to norms and superiors is obviously important in religious live, but appropriate behavior springs mainly from within, it works from the inside out and stems from personal conviction. At the heart of each Legionary, there needs to be an understanding of who he is and what he is called to be. It stems from a personal decision.

Legionary identity and individual personality are not in conflict for a man called to this vocation. A legionary can only be fully himself if he is fully a Legionary – because that is what God has called him to be. Conversely, only if I am fully myself, can I be fully legionary. Formation is not “in spite of personality or aside from personality”, but “from inside and within the person”. 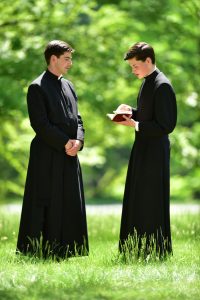 As part of our renewal, the Legion revised its constitutions. In fact, they are significantly different. Did something similar happen with the “Ratio.”

Well, no – because this is our first actual “Ratio” and as such not a remake or revamp of a preexisting document. It certainly does take into account many valid elements from our formative tradition.

What is the most significant change in seminary life from your view?

The main elements remain: prayer, study, apostolate and community-life in a demanding and disciplined way. But there is strong focus on personal responsibility, conviction and a process of personalization, of making it yours. In general, it is less regulated, or perhaps I should say, less regimented. There is greater flexibility and space for personal convictions and decisions. This is not to make things easier or more comfortable, but to build on solid ground and to harvest long lasting fruits.

There are changes in vocational discernment that many would consider to be quite significant, and I believe reflect our maturing process as a congregation and, of course, our renewal process. First, it is very clear in the “Ratio” that the discernment decision is above all a personal decision. The individual’s superior and spiritual director are there to support and guide, but not to decide for him. The relationship between stages of formation and vocational discernment have been more clearly defined. We also try to make sure that a man is in each stage for at least a full two years so he can thoroughly discern – and his superiors can be confident that he is ready to move forward. We also now postpone perpetual vows until after a man has served his apostolic internship, which gives him a clearer view of his future life as a Legionary as opposed to simply being in a seminary setting. 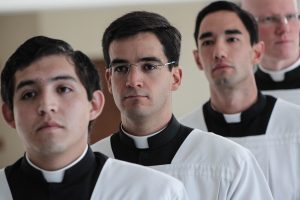 When does this document start to effect the life of a Legionary?

From day one. In fact, I recently gave a conference on this subject to the young men at Cheshire.

Did the Vatican approve this document?

The Vatican certainly approved the new constitutions published in 2014 and now translated into English, but that wasn’t required for the “Ratio,” which is considered a document with a more practical and hands on application – although very spiritual in content and style. Every congregation can approve its own “Ratio”. Having said that, we had experts both inside and outside the congregation participate in the drafting process and it was widely reviewed within the Legion. In addition, in this last year, the Vatican released the latest “Ratio Fundamentalis” for use in the dioceses, and we reviewed that document with interest and it informed some of our final editing.

What differences will Regnum Christi members and others see in Legionaries as a result of this document?

The noticeable changes may seem to be more superficial. For example, you may see a greater variety of clothing styles among legionaries, because it is less regulated. But despite this increased diversity, I think you will still recognize a Legionary by his demeanor and joy, by his goodness, sincere zeal and dedication. What matters most is what lies underneath, in the heart of each Legionary. 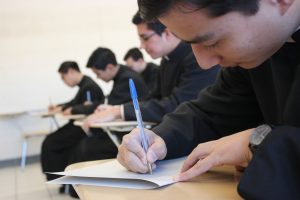 Is this a confidential document?

Not at all! It is hardly light reading and runs to nearly 400 pages, but you can purchase a copy on Amazon. It is in Spanish, the official language of the congregation, but we’re working on an English translation.

Is there a provision for review and revision?

We’re using it ad experimentum (on an experimental basis). It will be presented for final approval at our next regular general chapter in 2020. I expect we’ll have learned ways to improve it by then and will incorporate what we have learned.