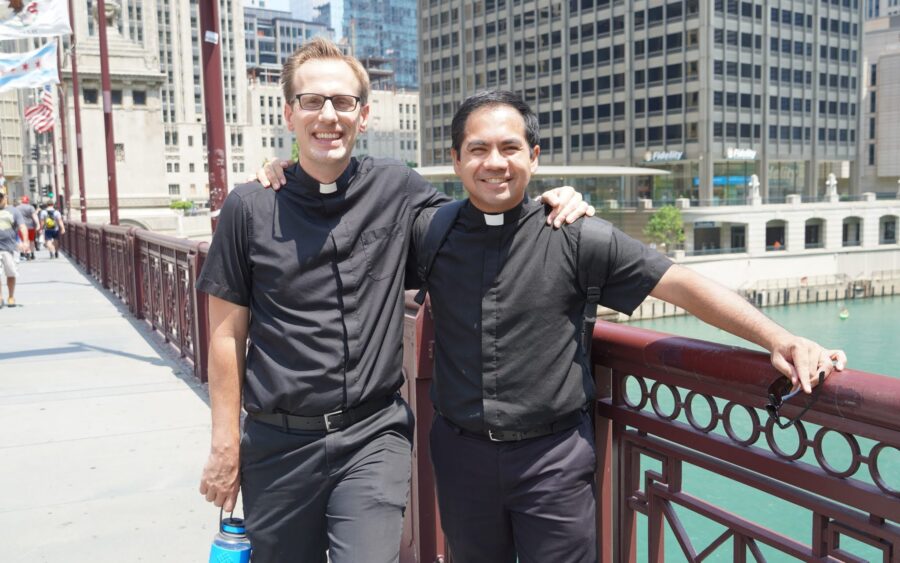 Father Jaime Lorenzo, LC has been a music lover nearly his entire life. Growing up in Manila in the Philippines, he distinctly remembers sitting at the family piano at the age of three, plunking out his own little melodies on the keys. As he got older, he picked up the flute, teaching himself to play and performing in front of his family and friends. Once he reached high school, he traded in his flute for a guitar and he formed a rough-and-tumble band with several friends. 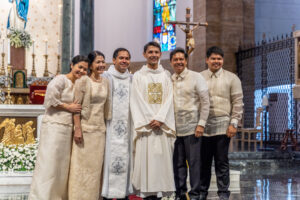 Music was always a natural part of Father Jaime’s life, but when he joined the seminary to become a Legionary of Christ, he left it behind without much deliberation. “I never really thought much about music more than singing in choir at the seminary,” Father Jaime says of the place music would hold in his life as a Legionary, “because I was focused on preparing myself to be a priest. I’m going to be doing missions and events and deeper apostolic initiatives that take precedence and priority over music.”

A couple of years down the road, music came back into his life when he discovered the beauty of composing and sharing songs during different apostolic and prayerful events. “The doubts came though,” said Father Jaime, “since it felt like I should be dedicating more time to more important things. Should music even be a part of my life, or should I just give it up?” 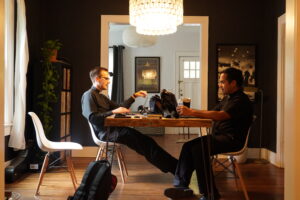 Thankfully, Father Jaime’s spiritual director compelled him not to let his God-given talents go to waste, but instead to place his musical gifts at the service of the Church and of the Regnum Christi movement. “He told me one day that God gives each of us talents,” explains Father Jaime, “and when you form part of a movement or an order, your own talents and gifts become gifts that you can offer to your greater spiritual family.” And this is exactly what Father Jaime was motivated to do during his final years of formation prior to his priesthood. He was able to help get a couple of musical initiatives going throughout the Regnum Christi movement, even during the height of the COVID-19 pandemic. He also took an interest into composing a couple of songs that were used for different masses of the movement and the Legion during his time in Rome, including some pieces that were used for his recent priestly ordination this last summer! 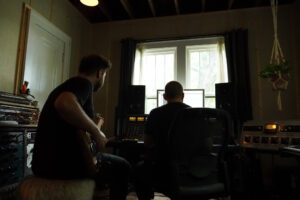 Father Jaime was recently ordained on September 5th at the Minor Basilica and Metropolitan Cathedral of the Immaculate Conception in Manila in the Philippines. When it became clear this summer that, because of the pandemic, Father Jaime would not be able to be ordained in Rome, he and his family began searching for an alternate date, location, and minister for his ordination. Bishop Dennis Villarojo, a friend of the family, accepted the invitation to celebrate the ordination, and the date was set for the first Saturday of September. Father Jaime’s family – which includes his older brother, Father Luis Lorenzo, LC, who was ordained in 2017 – sent out invitations to friends and family to watch the ordination online, since regulations in Manila at that time allowed for only ten people to attend the Mass. Already disappointed to not be celebrating his ordination in Rome, this came as another blow to Father Jaime. “It was pretty tough to digest, because it’s a big thing, and you’re hoping to have more people present. But we prayed a lot, and a lot of people interceded, and I’m sure the saints did too.” Just five days before his ordination was schedule to take place, the government loosened gathering restrictions, allowing for about eighty people to attend.

Those eighty people still comprised only 10% of the church’s capacity, and the near-emptiness of the large basilica provided a quiet tranquility that Father Jaime describes as a “holy eeriness.” “It felt very solemn, like we were in a different realm,” says Father Jaime. “It felt heavenly.”

In this stillness, the tiny choir made up of just three members – Father Jaime’s aunt; an Opus Dei numerary who was one of his former spiritual directors; and Cathy Floro, a Consecrated Woman of Regnum Christi – sang music they had put together specifically for the Ordination Mass, including his compositions of the Gloria and the Litany of the Saints. The sound of this small choir, combined with the solemnity of the celebration, made 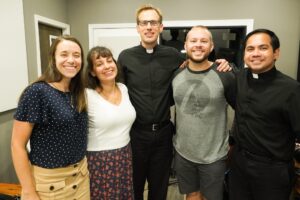 this small gathering into something truly beautiful. “In Rome, there would have been thousands of people, hundreds of priests, and a fifty-man choir with an orchestra,” says Father Jaime. “But to hear songs beautifully sung by three of my close friends, having their voices echo through the basilica, and surrounded by my Legionary community on the altar was very, very powerful.”

And now Father Jaime, along with one of his Legionary brothers, Father John Klein, and one of his Consecrated sisters, Emily Roman, is able to contribute his love and talent for music in a brand-new initiative called the Regnum Christi Music Collective. This group of Legionaries, Consecrated Women of Regnum Christi, and lay RC members across the globe have come together with the mission to create music that inspires others to fall more in love with Christ and share His love with the world.

The idea of putting such a group together came about three years ago in Rome, when Father Jaime noticed that all of the worship music being used in youth group events and Holy Hours, though beautiful and stirring, was created from a Protestant perspective, and lacked some of the key elements of the Catholic faith. “One day I was talking to one of the priests and one of the consecrated, and I said, ‘why can’t we do that?’ We have talent – we can take time to produce a more Catholic type of music imbued with our movement’s spirituality that also moves hearts,” recalls Father Jaime.

This dream began to take shape little by little through initiatives of networking with different Legionary and Regnum Christi musicians and composers. But it only took its most real form when Father John was graced with the opportunity to record some of his original music in Nashville during the summer of 2020. Having studied music in Nashville prior to joining the Legionaries of Christ, Father John had strong connections to the music scene, and a dream, like Father Jaime’s, to put his musical talents at the service of the Church. Although Father John had recorded albums previously, there had never been an initiative to bring the Regnum Christi Movement together in a musical project, so he reached out to different Legionaries, Consecrated Women, and lay RC members to see if they would be willing to participate in the recording of the album.

Father Jaime, who is currently involved with a number of youth apostolates in Louisiana, found his usually jam-packed schedule unexpectedly empty, as all early summer camps and missions were cancelled due to the COVID pandemic. This freed him up to join Father John and Emily, who was also now available, in a music studio in Nashville, where they recorded five songs in five days. Within another week, they had a name, a logo, financial support, and a plan to release an annual album. “It’s been three years just waiting for things to happen, and then God put the right people together at the right time and things started moving,” says Father Jaime. “We’re just starting, but a lot of people have already been moved by the music and have been inspired by it to grow in their love for God, the Movement, and the Church. That’s our goal – that the heart of the Movement is shown and expressed in these songs.” 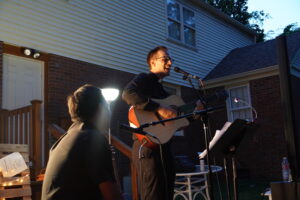 In order to make that happen, the songs produced by RC Music Collective all share five core elements. First, every song they create embraces either the contemplative or evangelizing spirit of Regnum Christi – each song either leads its listeners to an encounter with Christ and the Father’s love, or moves them to apostolic action. Another key component of their music is harmony; every song contains male and female harmonizing vocals, encompassing the family spirit of the Regnum Christi Movement. The songs also include the vocals of groups comprised of Regnum Christi members, can be learned and sung easily, and are accompanied by a music video that illuminates the theme of the song.

And while Father Jaime, Father John, and Emily love the opportunity to use their God-given gifts to create and share inspiring and uplifting music, that’s not their only goal. “As priests and as consecrated, we have talent, but that’s not our main apostolate. We are to accompany the lay members, so we hope that God inspires some of our lay people to participate and those who have talents to reach out to us. Our dream is to have a lot of our lay members participate.”

For now, the RC Music Collective is releasing a recorded single each month, as well as preparing the way for new music to be recorded next summer by including new RC members who have shared interest in co-writing new songs. Being a new reality, they are always looking for new opportunities to collaborate and create. “We’re quirky musical millennials who love Jesus and our vocations,” says Father Jaime. “If we have talent why not use it?”

To connect with RC Music Collective, check out their website at rcmusiccollective.org, like them on Instagram or Facebook, listen to their music on Spotify or Apple Music, or visit Regnum Christi Music, the official YouTube channel for Regnum Christi around the world.