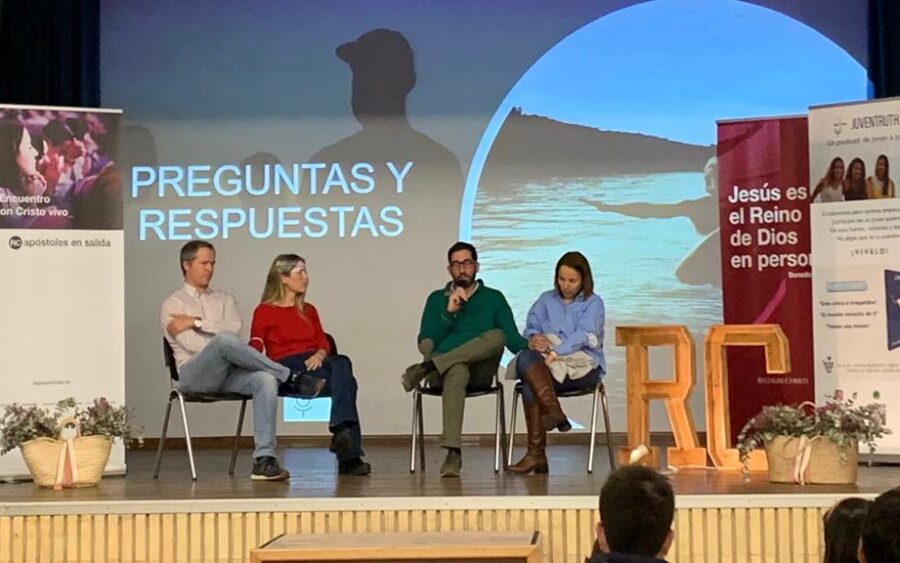 Man and woman He created them

The Congress began with a conference by Maribel Serrano, a teacher at the Valencia Cumbres School with a Master in Religious Studies, who spoke on the theme “Man and woman He created them,” focusing on the theme of engagement. Later Ferran Espana spoke and shared his testimony of how God had acted in his life.

After the lunch break when the participants were able to get to know each other and ask the speakers questions, they moved on to the theme of “The gaze.” The married couple Marilys Olmos and Javier Sancho, both experts on the subject of life, medicine and the teaching of the Church on these issues, surprised the attendees with concrete aids to guide one’s gaze and avoid pornography as well. At the end they recommended the conference of Rafael Lafuente during the Congress on Sexuality (you can watch it in Spanish on YouTube RC Jóvenes or in the episode on Juventruth). Then there was an extended Question and Answer session with Marilys, Javier, Ferran and his wife.

The missionary couple Juan Pablo Trenor and Maria during their talk.

In the afternoon the Congress continued with a testimony on how to preach Christ in one’s work, given by Javier Gonzalez, a Regnum Christi member and member of the formation team at the Valencia Cumbres School. He commented, “I am very happy and grateful to have been invited to this Congress on masculinity. Everything is very well organized and thought out. The atmosphere was one of youth with clear ideas, with a desire to be better and to make Christ more part of their lives. It is encouraging to know that there are so many good people.” Then Juan Pablo Trenor and his wife Maria gave a testimony-conference. They are on missions in Africa and spoke about their missionary experience, in addition to giving some points on how to be a father in the likeness of St. Joseph. 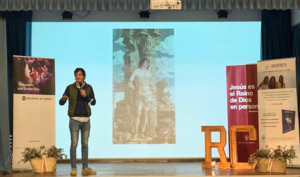 Javier González during his talk at the Congress

Christ as the model of a man

Later there was time for coffee and conversation, and then everyone returned to the auditorium for a team workshop that consisted in drawing conclusions about what they have received and then presenting them to the group. The Congress ended with a mass presided by Fr. Sebastian Rodriguez, LC, Director of the youth section of Valencia and a homily preached by Fr. Wagner Campopiano, LC, focusing on Jesus Christ as the model of the Christian. At the end of mass there was a game planned, but everyone agreed rather to have a dinner together and a longer time for conversation, songs, and sharing of take-aways by the participants in the Congress.

The participants in the Congress on masculinity.

Marta Reina also shared with us that “this congress was very important because we don’t realize how important it is to know and understand the differences between men and women to be able to communicate and interact with one another better. I recommend that everyone attend these congresses because one comes away knowing much more than before.”