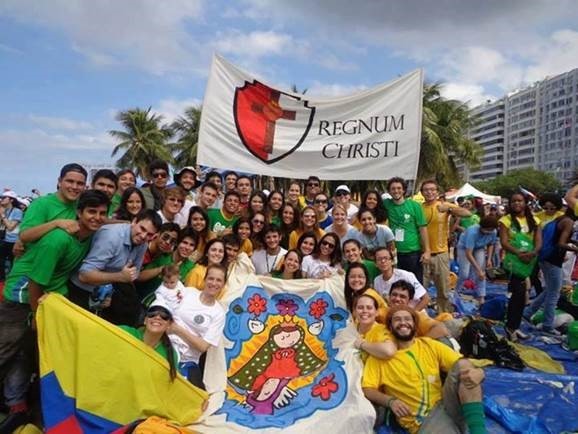 World Youth Day in Panama is coming up, January 22–27, 2019. Regnum Christi members from around the world will attend, including 49 from Canada and the USA.

For Dylan Craggan, one of the RC Missionaries going, the event is a dream come true. He says, “I wanted to go to Youth Day, as I always wanted to experience gathering together in another country with a bunch of youth that are as excited about the faith as I am.”

Dylan, originally from the Atlanta area and currently a missionary in the Washington, DC, Metro area, will finance his trip with  money from family and earnings from working at Chick-fil-A last year. 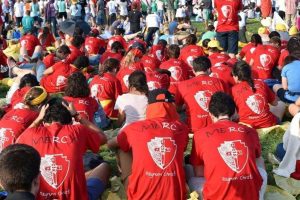 Including Dylan, 49 Mission Youth members from the territory will be going. This includes 43 young people (mostly college students and young adults, Regnum Christi Missionaries, and a few high school students), one mom, two LCs and three consecrated women. They come from 10 US states and three Canadian provinces.

When asked what he most looked forward to, Dylan said, “I’m really looking forward to the Pope’s Mass and seeing the Pope again.” He had seen Pope Francis at John Paul II’s canonization in 2014, which he described as a crazy and wonderful atmosphere.

Pope Francis will arrive on January 24 and stay until the closing Mass on the 27th. The main events with the Pope will be the opening ceremony, Stations of the Cross, a Saturday evening vigil, and the closing Mass on Sunday. (See the complete event schedule from the WYD website.)

Dany Cravioto, a Regnum Christi member from Mexico City, serves on the international WYD organization team. He described Regnum Christi’s focus during the event: “Aware that the culminating moment in the life of every Christian is a personal encounter with Christ, Regnum Christi has decided to focus their activities on the Eucharist.” For this reason, at 5:30 p.m. on January 23, Regnum Christi is organizing a Mass and a moment of Eucharistic adoration at Soho Mall, including testimonies, moments of prayer and music.

Many Regnum Christi members will do missionary work on their way to WYD, helping the needy with food, housing and catechesis.

During World Youth Day, Regnum Christi will be set up at the University of Panama, Curundú Campus. On Tuesday, Thursday and Friday, WYD activities will occur right on the campus. On Saturday and Sunday,  participants housed on campus will travel 3.5 miles to the main location of World Youth Day. The Regnum Christi facility can accommodate more than 700 people and includes an auditorium for meditations in the mornings, more than 50 classrooms, and easy access to the Metro and bus stations.

Please keep all the pilgrims in your prayers!

Some parts of this article were translated from the Spanish-language Regnum Christi site. You can follow the group from Mexico (in Spanish) on the web, Facebook, and Instagram.