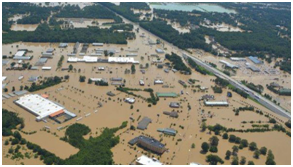 Friday morning, August 12, 2016, no Cajun was prepared for the devastation that was about to hit their homeland. In fact, the heavy rainfall from the night before was disregarded by most, as all Louisianans are well aware of how prone to rainy weather our state is. No one was expecting what was to come on that Friday evening and throughout the following several days. The rain came, and it came…and it came, and it would not let up. This caused rivers and bayous to rise and streets to flood at record heights.

Now, there are many areas in Louisiana that are prone to flood, however, what made this flood so incredible is that many of the areas that flooded had never seen this kind of water before. Because of this, so many of the victims of this flood never could have been prepared for the tragedy that came. Thousands of homes in cities across all of southern Louisiana flooded and thousands of families now have evacuated from their homes, losing close to, if not everything they owned. These past seven days we’ve seen cars, homes, and businesses alike under up to eight feet of water. Many families are staying in shelters or still looking for places to stay now as the water has gone down and the damage recovery is beginning to take place. 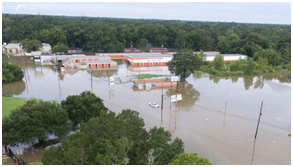 Because of how widespread and unexpected the damage has been, a countless amount of people are in need of help. Whether it be physically, to help gut out homes, or financially, due to having little or no flood insurance any help is eagerly welcomed. Other than these practical needs, I think it goes without saying that spiritual help is what is needed most. So many souls have been affected, be it by losing family members, homes and/or businesses and all are grieving such losses. We are asking for prayers for the entire state of Louisiana, that we may come together in this time of hardship and support each other throughout this whole process.

Catholic World Mission is accepting donations to provide aid to the flood victims: Support the victims of the flooding in Louisiana today