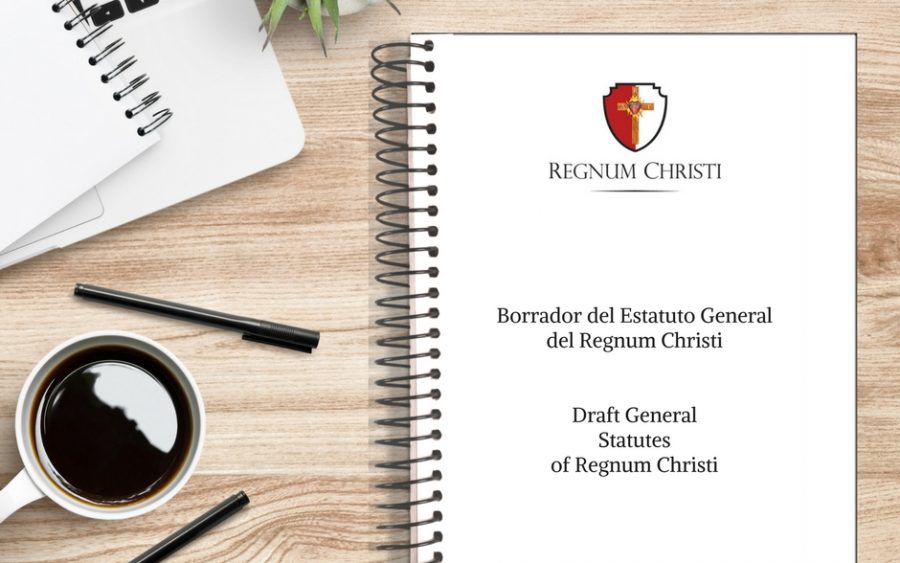 Seven years ago Pope Benedict XVI invited the Legion of Christ and the Regnum Christi Movement to begin a profound renewal that would shed light on the work of God and purify the elements that needed to be changed in the congregation and the Movement.

That process, led by the Papal Delegate, Cardinal Velasio de Paolis, produced the new Constitution of the Legion of Christ, approved by the Holy See in 2014, and the new statutes of the Consecrated Women of Regnum Christi and the Lay Consecrated Men. During the last two years, the lay members of Regnum Christi discerned about their own identity, deciding to incorporate as individuals into the whole Movement instead of forming a fourth association in Regnum Christi.

Today, Fr. Eduardo Robles-Gil LC, general director of the Legion of Christ and president of the Regnum Christi General Committee, announced the release of the draft of the new general statutes which strives to define the nature, purpose, spirit and apostolate of the Movement as a whole. It also includes statutes which are specific to the lay members of Regnum Christi. Fr. Gianfranco Ghirlanda S.J., a canon lawyer appointed by the Holy See as a pontifical assistant in this process, supported the work of the general committee in overseeing the creation of the draft.

Fr. Robles-Gil introduced the document as statutes that “spring forth from the path of renewal,” and shared the motto that has been prayerfully selected for this third stage of the renewal, ‘Stir into flame the gift of God in you!’ (2 Tim 1:6). He encourages all members to “live the upcoming months with a deeply supernatural and realistic attitude,” stating that “we are trying to collaborate with a plan of God that on the one hand far transcends us while on the other has been entrusted to our care.” He further recommends that the members of the Movement listen to those in the branches other than their own and understand their points of view to better discern what the Holy Spirit is saying. As an international movement encompassing different vocations, ages, cultures and languages, Regnum Christi’s general statute will be a document that testifies to the attitude of listening and openness among its many members and focuses on the essential elements that all share.

The commission responsible for the draft has expressed two concrete goals for the new general statute. First, it will aspire to accurately express the gift of God in the Regnum Christi charism so that it will be the foundation of a constant deepening that will provide insights for the challenges of every time and place, but without reducing the dynamic charism of the Movement to a slogan or a formula. It will also strive to set forth the best possible organization of the Movement. Based on the reflection the Movement has lived and the advice given by canon law, the draft proposes organizing Regnum Christi as a federation, a structure which allows both the dynamic fulfillment of its mission as well as the stability required for growth spanning time and cultures.

The draft is not the last word on these elements, but a base that collects the discernment of the last seven years and allows the Movement to continue the conversation that all members are invited to be a part of in the coming months. Territorial Assemblies of each of the consecrated branches as well as Joint Territorial Assemblies bringing together the consecrated branches and delegates of the lay members will be held between September and November 2017, and will give their recommendations on the draft. A final revised draft will then be ratified by an extraordinary general chapter of the Legion of Christ, General Assemblies of the Consecrated Women and Lay Consecrated Men, and a Joint General Assembly of all branches before being submitted to the Holy See for approval.

The letter from Fr. Robles-Gil which describes the process during this stage of renewal, as well as the draft statutes and other supporting documents can be found on the RC Statutes website.

The three general directors of the consecrated branches and members of the team that drafted the statutes will hold a live explanatory conference in English and Spanish on June 4 at 7:00 p.m. Central European Time [1:00 p.m. Eastern, 12:00 p.m. Central, 10:00 a.m. Pacific]. The link to the live conference will be available on the RC Statutes website on the day of the conference itself, and will also be made available with an English translation within 24 hours after the live conference. After that, the conference will remain available on the same website for easy reference.