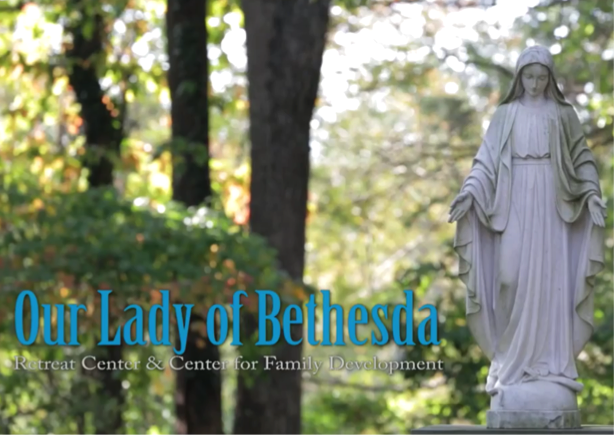 Our Lady of Bethesda Retreat Center, run by Regnum Christi, has begun a new set of marriage renewal weekends based on emotionally focused therapy. This combines faith and psychology to offer couples an opportunity for renewing their relationship.

What made this retreat different from most other Marriage Renewal events was that it was based on Emotionally Focused Therapy (EFT). EFT shaped everything in the retreat providing the structure and a large part of the content.

Our Lady of Bethesda, on the Maryland side of the DC metro area, has run 2 weekends so far with 38 couples.

One Couple on Retreat 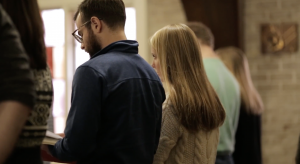 Samantha Davies went to the retreat with her husband Steve who had just celebrated 20 years of marriage. She felt that her life was too hectic with their kids and all the demands of life so they didn’t have enough time for each other. They also had a few specific points to focus on. This was pointed our to them by their spiritual director, Fr. Stephen Ellis, LC.

Asked to describe the retreat, Samantha said, “It very beautiful. It was very unifying for us. My husband went on the retreat very doubtful that it would help us resolve our conflicts.” Before they had been on typical marriage retreats focusing on one thing like communication but didn’t go as deep and didn’t help them much. Samantha said that Steve was happily surprised after the fact by how much it helped.

She continued describing the time after the retreat, “We found that when we left the retreat, there was a lot that we got from it and there were still some things that had to be unpacked afterward. I feel like it was a launching point to go more deeply. Now we are more unified and thankful for each other. We are back towards the closeness at the beginning of our marriage.” 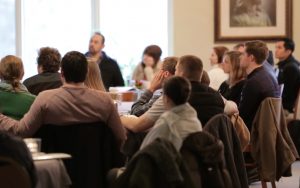 EFT has been shown extremely effective for couples. 90% of couples trying it see improvement and 70-75% of couples move from distress to recovery. This is more than double the success rate of other couples therapy.

Dr. Jonathan Marcotte who helped facilitate the retreat described the process, “Dr. Susan Johnson has found that couples get caught in a cycle, they get caught in a dance. There is what she calls the ‘demon dialogues’ where one – either the man or the woman – in the couple becomes ‘the pursuer,’ who’s always pursuing a relationship. The other one is ‘the withdrawer’ who’s always trying to avoid conflict for the sake of improving the relationship.”

Dr. Marcotte went on to describe how such a cycle creates conflict. The goal of resolving relationships with EFT is to move the couple to see the cycle as the common enemy they can fight. For this, there is a lot of training in how to recognize a cycle and help the other get out.

Empathy plays a large role in EFT as that is a main path out of the cycle, explained Dr. Marcotte. Once they empathize, they can often see how their actions pushed the other person into an emotional place that caused a lot of conflict. They can then take responsibility for their actions.

Dr. Johnson created a weekend workshop to help couples with EFT, including certain key topics the couples need to work through.

The Marriage Renewal Retreats at Our Lady of Bethesda 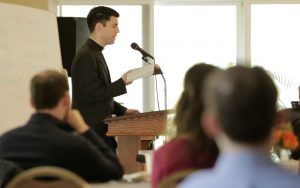 The general structure of the weekend is around eight conversations. For each conversation, there is a 30-40 minute talk. After, they do a 5-15 minute role-play with a real couple to give the couple an idea what the conversation will look like. The role-play should help them go deep rather than stay on the surface. The couples have about an hour to go over one or two exercises in that conversation. This repeats for the eight conversations.

During the hour couples had to talk, a team of therapists trained in EFT was available for whenever a couple wanted help.

Samantha found these conversations helpful. She noted, “It required both spouses to be in tune with what the other spouse was experiencing which could be something completely different from what they are experiencing. It really helped each spouse to understand each other better and be empathetic to where the other spouse is. At the same time, the conversations touched on some emotional and deep topics.”

Dr. Marcotte explains how they adapted this for Our Lady of Bethesda Retreat Center, “We made it Catholic. We integrated things like renewing marriage vows and integrating Catholic teachings into each of the conversations.” This involved things like mentioning prayer, adding the spiritual level of intimacy to the section on intimacy, and a number of the speakers using spiritual elements in their talks.

The retreat had a team of psychologists on hand, creating a ratio of about 1 therapist per 3 or 4 couples. Fr John Paul Durán, LC, was the chaplain and the whole team at Our Lady of Bethesda welcomed the couples.

Samantha concluded her words, “This was the best marriage retreat we’ve ever been on. You just feel a little bit remiss… We’ve been married 20 years, Why have we never received some of these tools before now? I think everybody should do the retreat at some point.”

You can find out more about Our Lady of Bethesda’s events for married couples on their website.

Note: Steve and Samantha Davies were pseudonyms for obvious reasons.