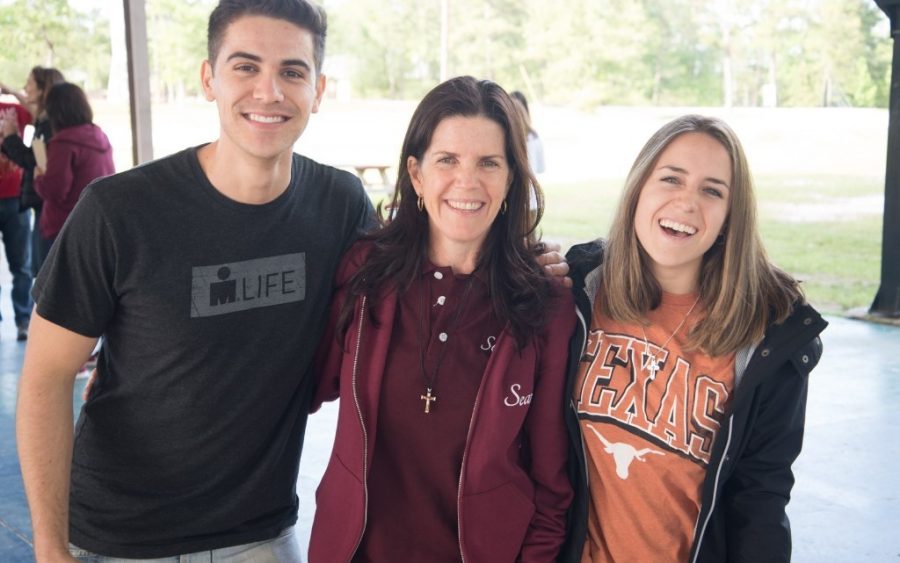 Regnum Christi members from Texas organized a youth-led retreat called Search April 21-23, 2018. This retreat focused on reaching out to young people and helping them change their path, using the outline of the Prodigal Son.

“I wanted to make a change in my life but I didn’t know exactly what it was,” explained retreat participant Dustin Walker. “I knew I wanted a change. I went to Search and, after Search, I felt like that necessity of that change was fulfilled.”

Four years ago, Dustin’s sister attended Search in Venezuela, but he wasn’t yet 18, so he couldn’t go. Ever since then, he kept hearing stories about Search from his sister. The desire to take part started to build up in him, but he kept putting it off. This year he was hesitant, as he didn’t feel like it was the right moment, but his sister and a friend eventually convinced him to try it.

On the way back home, while Dustin was reflecting on one of his experiences at Search, he remembered a phrase from the retreat: “God is trying to say ‘love forgives’, and I felt like He was asking me to forgive Him for stuff that happened. That moment it clicked and I was like, ‘Wow! That’s really powerful.” 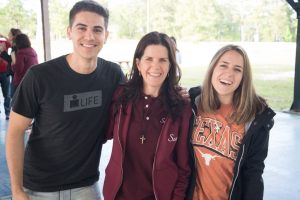 The Outline of Search

Fr. Jorge Obregon, LC, directed the retreat. The idea for Search came to him years ago when he was working in Colombia and saw difficulties in reaching the new generation. He started the Search retreat format there with some Regnum Christi young professionals. When Fr. Jorge was studying his Licentiate in Sacred Theology (STL), a Legionary Priest working in San Antonio flew him out to run a Search retreat there and they conducted two more. When he came to Houston ten months ago, they decided to move the retreats to Houston, to attract those already involved in San Antonio, as well as new young people in Houston.

The biggest difference between Search and other RC retreats for young adults, according to Fr. Jorge, is that other young people do most of the preaching. When participants hear “no one outside of Christ can give you true happiness” from another young person, it tends to stick more. Second, unlike other retreats, the story of the Prodigal Son forms the background of the whole weekend and provides its structure. Third, Fr. Jorge noted, retreat leaders have strong follow-up with the young people.

Because participants must surrender their cell phones for the duration of the retreat, the young people must talk with each other rather than being distracted by their phones. Dustin felt that this really helped him connect to others because, as they talked, they opened up and felt like they had known each other for years. 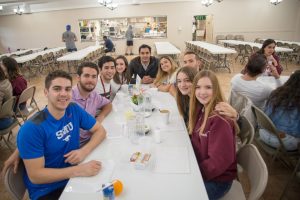 Retreat leaders prepared themselves for several months. Michelle Saldua, one of the young people leading

the April retreat, had attended Search in 2016 and helped run the retreat a year ago, but felt it very differently this year. She noted, “I thought I was going to go help other people and [let] Jesus talk through me, but I was completely changed and found so much peace. I discovered I wasn’t only helping [other] people, but I was helping myself too. It changed my life and I can say I’m happy with the results.”

She knew one of th

e people at her table and was concerned the other girl wouldn’t open up because of previous problems in their relationship. After the retreat, this young woman sent Michelle a long note saying that she saw Jesus in Michelle. Michelle was surprised. “I never thought I could be helping people in that way,” she confessed. “The way she said things made me realize that whenever you open your heart to Jesus, people don’t see you, but they see Jesus through you.”

Fr. Jorge notes that young people often get intellectual content on retreats but want an “emotional bomb.” On this retreat, young people see that the Holy Spirit is working in them. Adults who helped have told him, “It’s like Parenting 101, because we see how these kids are hurt by all the mistakes we, as parents, make.”

Fr. Jorge concluded, “Even though it there is a very specific schedule, I always tell teens it is the Lord that does the work. The Lord will always send new disciples to people or communities that love God.” The outline of the Prodigal Son is valuable, but since a big part of the retreat is personal testimonies, each young person is encouraged to adapt the theme to their own personal experiences.

He exhorts those working with youth, “What’s important is our spiritual preparation, being centered on Christ. We are servers, not coordinators or bosses.”

Michelle Saldua concluded, “Search has become my family. I’ve found friends that I’ve never found [anywhere] else. When I’m with Jesus and with them, I feel loved and I feel home. I’ve never felt so happy. That makes life beautiful”

More information about Search in English and Spanish is available on the Search website.