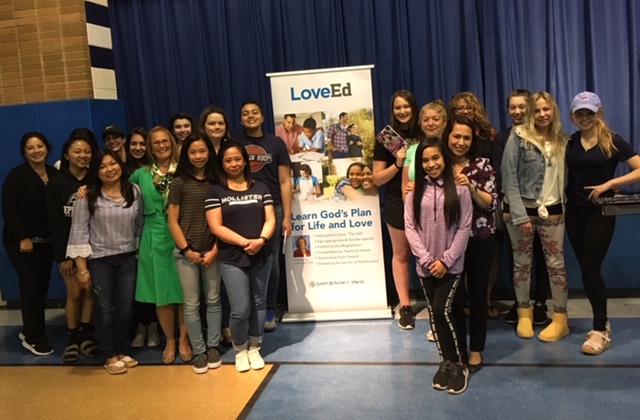 Would you like to raise the blood pressure of a faithful Catholic Parent?

It is easy; just announce a new sex education program for the local school system. Explain that you are bringing in government experts and recognized authorities in the field to make sure kids know everything the government health officials think they should know about the birds and the bees.

What is a Catholic family to do? One solid suggestion is to recommend a “Love” education program that complies fully with the teachings of the Catholic Church as presented in the Catechism, a program written by a true expert in the field who has been talking and writing the truth of love, life, and sexuality for more than two decades. 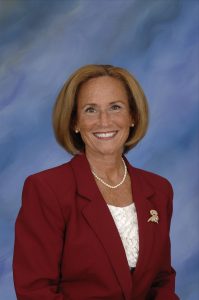 Mast, a pioneer in modern Catholic Family Life Education, has written the “Love & Life”(Ignatius Press) and “Sex Respect”(Respect, Inc.) chastity education programs, which include books for teachers, teens and parents. Her new video/discussion program ‘LoveEd’was recently released by Saint Benedict Press in English and Spanish. “LoveEd” includes 28 video clips and 6 workbooks in 5 seminars for a parish or Catholic school program that empowers parents to teach their children the meaning of life and the theology of the body along with the facts of life.

Mast’s family life programs have been sold in 26 countries and all 50 states. She has appeared on Oprah, Geraldo, Mother Angelica Live, 60 Minutes, and Steubenville High School Youth Conferences. Mast has debated the Presidents of SEICUS and Planned Parenthood on television, and debated ACLU representatives on public radio. She has trained Catechists in Hong Kong, Mexico City, Manila, Canada, Rome, and several others places around the world.

She assisted with the writing of the 1990 United States Council of Catholic Bishops (USCCB) document on Human Sexuality Education. In 1996, Mast was one of four US citizens invited to the Vatican by the Pontifical Council for the Family to present her Love & Life Program at an in-depth study of “Truth and Meaning of Human Sexuality” document when it was released.  Coleen served as a member of the National Review Board for the United States Conference of Catholic Bishops from 2011-2015.

Mast is a lifelong Catholic, 2ndoldest of 9 children of an Irish Catholic family, and grew up in the northern suburbs of Chicago. She and husband Kent have five adult children and six grandchildren (so far).

While participating in Regnum Christi for 14 years, Mast helped start FAMILIA in the Chicago area. And as her professional CV suggests, she is one busy woman. But she took time to answer a few questions about her apostolic mission. 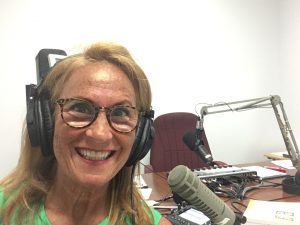 None of this was my idea, it was all God’s idea. He planned me from the moment of conception; He chose my personality, my driven temperament, and my deep desire to love God and serve others. Really, now, who, coming of age in the 1970’s, would have thought of being a chastity educator and a Catholic Radio talk show host? None of those things existed then! I set out to serve the church and Catholic schools, knowing that required a person to develop many talents and virtues. God kept calling, I kept answering, sometimes for surprising tasks.

The only reason I became an author is that the high school religion classes I was teaching were turning out such committed Catholic students that the word spread, and I was invited to speak at several places around the country. Then people started asking if I would write down the curriculum I had produced. That’s how Love & Life (Ignatius Press) came to be. The “Sex Respect” public school program was born as my graduate school curriculum project, and again, people started contacting me from all over asking for copies so they could convincingly teach abstinence in their public schools, too. My new LoveEd video-discussion program was an outgrowth of the “Growing Up with Health and Virtue” Presentations that Archbishop Peter Sartain of Seattle (then bishop of Joliet, Illinois) asked me to write to help the parishes empower the ‘parents’ to be the primary educators of their children in matters of love, life, and marriage. I said ‘yes’ to the bishop, other dioceses found out about it, and now it is going international and is available in Spanish. Surprisingly, there was nothing else out there on the market like LoveEd that teaches the science combined with the theology and teaches through the parents, rather than having the parish or school do the job for them and ask the parents to have some follow up discussions.

[Several of my friends from Regnum Christi star in the LoveEd Parent video, including Pete and Angela Colarelli, and Arturo and Christina Gutiérrez.]

The purpose of each of my apostolates is to teach the TRUTHs of the faith clearly, and with love. Whether it is someone on the radio show that needs a gentle correction or words of encouragement, or it is a parish full of parents that don’t know how to handle the love and life questions that their kids are exposed to in today’s confused world. In my speaking apostolate, I also do motivation and entertainment that help people live the faith.

Assisting parishes with my programs and presentations, assisting parents and families with my books, videos, and Radio Show.

I receive emails from RC members who are encouraged and inspired by my radio show, presentations, and books. Several RC groups have invited me out to speak in their sections, schools or parishes when they want to bring in a national speaker for a retreat or educational program. In the early years of the radio show, when the Conquest, Challenge, and Pure Fashion Apostolates were strong, I would often find opportunities on my radio show to promote those events as part of the solution to the caller’s problem. 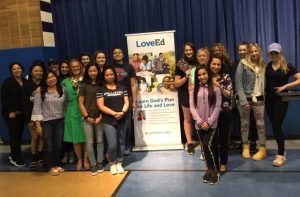 – First and foremost, being married for more than 40 years and giving birth to five wonderful human beings.

– There are several, the first being a very fulfilling life, knowing that I have done what God has asked of me.

– Writing Love & Life, the first Catholic chastity education program since Vatican II, still selling in schools throughout the world, complete with a Parent’s Guide for those intimate questions to be answered in the family.

-Being invited to the Vatican by the Pontifical Council for the Family to present my programs to an international audience in Rome.

-Traveling the world to give trainings at different diocese, having lunch with bishops and cardinals in the US and other countries.

-Serving the USCCB for 4 years on the National Review Board, working closely with the several bishops.

-Starting FAMILIA here in Chicago led to many new RC teams, many new ‘reversions’ of Catholics who are now living the faith and doing active apostolate, and – so beautifully – many more new babies born that may never have been conceived! 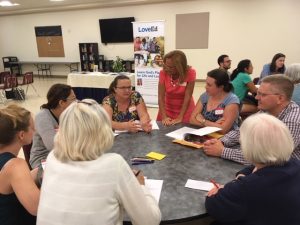 My new LoveEd program is just launching around the country. I hope to travel to many dioceses to train parish facilitators, or “launch” the parish and school LoveEd programs by facilitating the first set of (5) events for them. Parish leaders invite me to present the first Parent Seminar for parents of kids ages 3-14, and then to facilitate the father-son and mother-daughter video/discussion events for their initial year. After seeing how it is done, the selected parish leaders can take over and run the program themselves each year. The first diocese that brought me in to train their facilitators was the Diocese of Hawaii, so that first hope of travel has already been fulfilled.

In the future, I plan to keep listening to God and following his leads, which are sometimes pleasant, sometimes crosses, and sometime surprises.

As a member of Regnum Christi I received great formation and learned that I was not alone in doing active apostolate for the Church. I met many wonderful faithful people who also seek to love and serve God.

After joining RC and bringing in several of my friends, many of our children attended the apostolic school or consecrated school, as well as benefitted from the RC youth and adult apostolates. They are all happy for the effect this has had on their families.

My radio listeners have benefitted over the years from the additional formation – beyond my education – that I received in RC. In my travels, I have had people ask me “Are you in Regnum Christ? I figured you were since you are so charitable to your callers.” 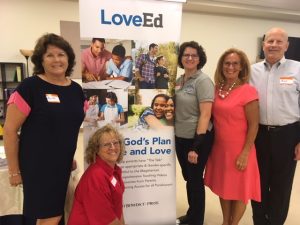 We had the blessing of having our son, Stuart, attending the Apostolic School from 7-12thgrade, and then went on to the Novitiate and 2 years of Humanities in Cheshire. He loved being in the Legion and living community life, so was disappointed to leave when he discerned he did not have a vocation to the priesthood. The nine years he spent in LC gave him an amazing formation and education that we could not have done at home on our own. He developed some wonderful friendships that are still important to him today. Thanks to his connections, he wrote and directed the Living Stations of the Cross for the Diocese of San Francisco this past Good Friday. What Catholic mother would not dream of having her 27-year-old son serve Our Lord like that in his spare time besides his day job?

My daughter Susie works at Everest Academy in Lemont, Illinois, and had taught at White Pines Academy, its precursor there. Now her three children attend Everest and are benefitting from the great formation there. My eighth grade grandson played the role of Jesus in the Living Stations this Lent at the school and did a beautiful job. His whole class participated with piety and fervor. This is not your average eighth grade. What more could a parent ask for?

Pray, pray, pray. Listen to God who loves you, and give your time, talents and treasure over to Him. Give Him your all, and find others to join you in your service. It may be a wild adventure, with lots of good times and bad times, but He will always be with you. Be organized and diligent in your work, and love the people he puts in your path and calls you to serve, so that know you did your best for Him. It will be an amazing journey!