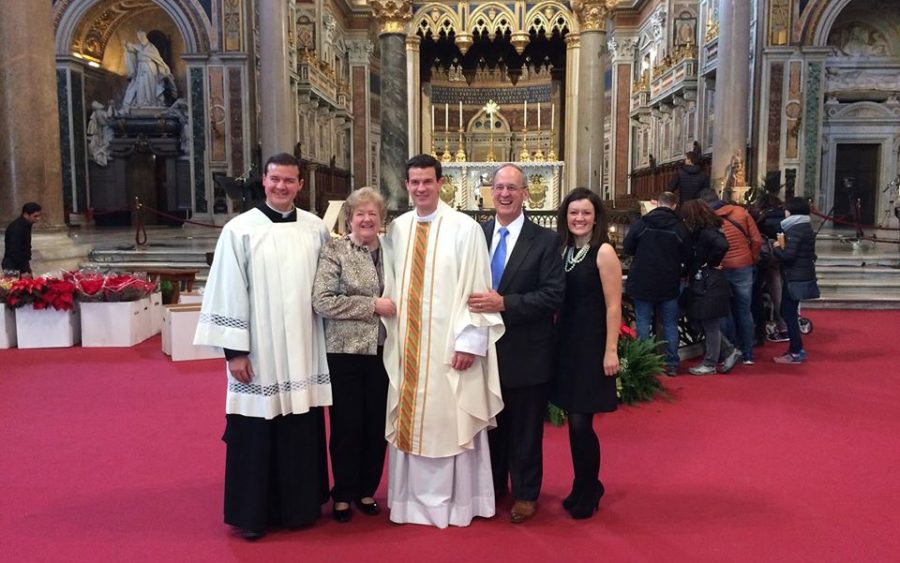 “Let us live for souls, let us be apostles, let us save especially the souls of priests! Let us pray, let us suffer for them, and, on the last day, Jesus will be grateful.” 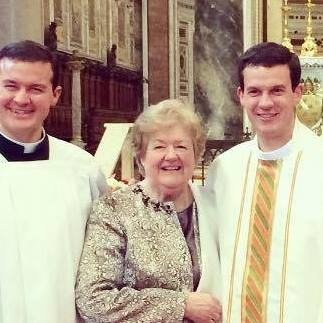 Written by St. Thérèse of Lisieux to her sister Céline, this command to pray specifically for priests is one of the reasons that Mary Anne Gronotte, a Regnum Christi member in northern Kentucky, decided to found Spiritual Motherhood of Priests, an apostolate dedicated to encouraging women to offer prayers and devotions, particularly a weekly hour of Eucharistic Adoration, for local diocesan and Legionary priests around the world. The other reason: as the mother of one priest and one transitional deacon, she knows how much her sons, and all priests, benefit from the consistent and faithful prayers of the laity.

The idea of spiritual adoption of priests, where a woman adopts a certain priest as her spiritual “son” for whom she promises to pray, is not a new one. For centuries, nuns, living with the great blessing of Eucharistic Adoration continuously available to them, have offered their prayers and sacrifices specifically for the needs of priests. So aware of the importance of this apostolate of prayer for priests, Pope John Paul II founded a cloistered convent in the Vatican, whose members dedicate their entire lives to praying for the intentions of the pontiff.

But the role of spiritual motherhood is no longer reserved for nuns alone. In 2007, the Congregation of the Clergy, with the approval of Pope Benedict XVI, invited lay women to adopt priests as their spiritual sons, and to pray for them constantly, particularly before the Blessed Sacrament. “The vocation to be a spiritual mother for priests is largely unknown, scarcely understood, and, consequently, rarely lived,” states the Congregation of the Clergy. “It is a vocation that is frequently hidden, invisible to the naked eye, but meant to transmit spiritual life.”

Mary Anne, nudged persistently by the Holy Spirit, took this invitation to the “hidden vocation” of praying for priests to heart. Inspired by similar Spiritual Motherhood programs around the United States and Canada, she was determined to bring the idea of the spiritual adoption of priests to her own region. After getting the go-ahead from her diocese in 2012, she invited a few friends to what she thought would be a small, intimate spiritual adoption ceremony, where the women present would each receive a blessing and adopt a “priest-son” for whom they would pray. To her surprise, forty-five women showed up.

Since then, more than two hundred and fifty women across three states throughout the Ohio Valley region have become spiritual mothers to the priests in their dioceses, and the Legionary priests who serve the area. These women are committed to praying for their adopted priest-sons in a dedicated and maternal way, starting with a weekly Holy Hour. 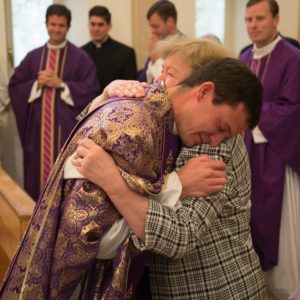 This weekly hour of Eucharistic Adoration is just one of five simple commitments of the SMOP program, but it is the women’s promise to pray for their priest before the Blessed Sacrament that is the basis, not just of this program, but of all spiritual motherhood programs around the world. “Eucharistic Adoration is what guides the Spiritual Motherhood of Priests program,” says Mary Anne.

Besides weekly adoration, the women commit to saying daily prayers for their priest-son throughout the day, and frequenting the sacrament of confession as often as they can.

Perhaps the most difficult commitment to keep is that of anonymity: the women are required to remain anonymous to their priest-son. In the spirit of humility, and with the example of Jesus’ own mother Mary, who “kept all these things, and pondered them in her heart,” the women are discouraged from divulging to each other, and especially to their priest-sons, for whom they are praying. “There is something very sweet and hidden about praying for someone I’ve never met and will probably never meet,” describes one spiritual mother, “I like to think that even though I won’t know my spiritual son here on earth, we will recognize each other in Heaven.”

The fifth commitment requires the women to promise to pray for their priest-son for the rest of their lives. The women in the Spiritual Motherhood of Priests program enter into a permanent, life-long relationship that does not end even when their priest passes away; his spiritual mother will continue to pray for his soul as long as she lives. One relatively new spiritual mother describes how she already feels the graces of this eternal relationship with her priest-son: “After three months of praying and making petitions for my priest-son, he is now imprinted on my soul. He is part of my Adoration, my daily discursive, liturgical, and silent communication with God. Oh, he belongs to me until the glory of God calls me home!” 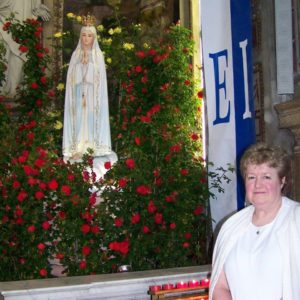 How is a women matched with her “priest-son”? Whether Mary Anne handpicks a spiritual mother for a specific priest, or chooses one randomly, it’s clear that the Holy Spirit is at work. Some women get assigned a priest whom they have never met (and may never meet), while others find themselves with a priest that they have known (and perhaps have already felt called to pray for) for some time. “In leaving the choice up to the Holy Spirit, He gave me a priest with whom I had a terrible argument years ago,” admits one woman. “I am glad that I have him as my priest-son, so that I can now pray for him like I should have been doing for years.”

This is just one example of why Mary Anne calls the Spiritual Mother of Priests a “win-win situation.” “You can’t lose,” she says, explaining that while the priests receive the benefits of being prayed for in a dedicated and maternal way, the women themselves reap just as many spiritual rewards. From being drawn closer to God through weekly adoration, developing the habit of a purposeful prayer life, and becoming inspired to receive the sacraments more frequently, the women involved in the Spiritual Motherhood of Priests program describe the multitude of consolations that they have received since becoming spiritual mothers. “I feel very blessed to be able to focus my prayers for the benefit of this priest, wherever he may be and whatever his spiritual, physical, mental and emotional needs might be,” explains one woman, “that I may help in whatever small way I can.”

And there’s proof that their prayers are working. When the program first began, the women were given a seminarian to pray for, along with their allocated priest. Part way through one such seminarian’s formation, he began questioning his vocation to the priesthood. Hearing of this, his spiritual mother prayed for his discernment process and that, whatever the outcome, he would follow God’s will for his life. When the seminarian eventually returned to the seminary and was ordained, his spiritual mother describes her joy and gratitude: “I felt I had carried him to that altar with the Blessed Mother.”

While there are spiritual motherhood programs all over the world, the Spiritual Motherhood of Priests program in the Ohio Valley is tailored to the specific needs and busy lives of the women of the area. “I wanted to keep it very simple, but not as simple as no commitments [at all],” Mary Anne says. There is no cost to becoming a spiritual mother, and there are no meetings to attend. “Their only meeting is once a week with Jesus in the Blessed Sacrament on the altar.”

This program also includes a blessing ceremony presided by a priest or deacon, where each woman receives a prayer packet, a card with the name of her priest-son, and a rose signifying her priest-son, which she places at the foot of Mary, asking for her motherly protection over her newly adopted priest-son. However, Mary Anne encourages all dioceses, or Regnum Christi encounter groups, to create an individual program that works best for them, and she’s more than happy to help. While she’s delighted with the receptivity of the women in her area, and the growth she’s seen in the Spiritual Motherhood of Priests program, she says, like a true apostle, “I’d like for it to grow more.” To find out more about the Spiritual Motherhood of Priests program, or to contact Mary Anne for help on starting your own spiritual adoption program in your area, check out the website at https://rcohiovalley.org/spiritual-motherhood-of-priests. 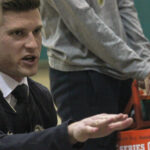