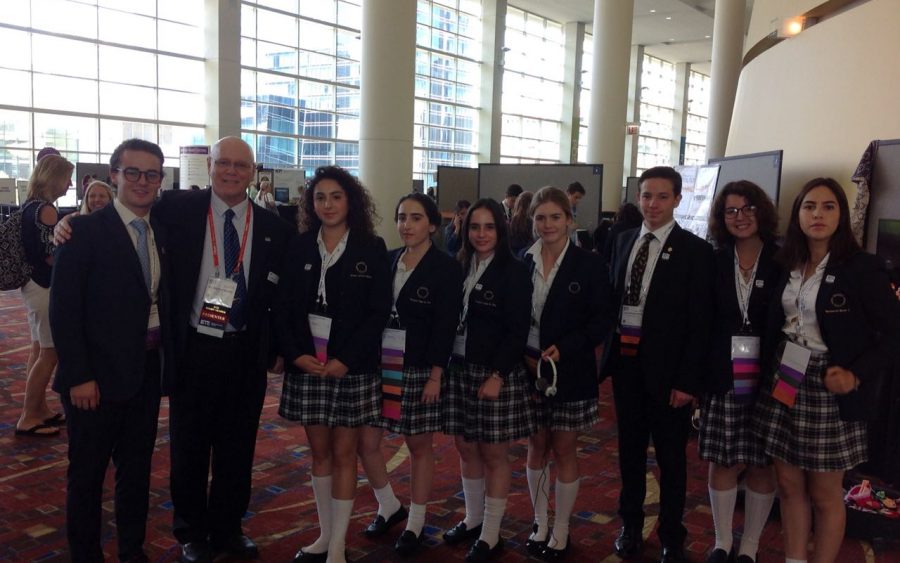 The International Society for Technology in Education (ISTE) is a non-profit organization that promotes the use of technology in education. At this year’s annual ISTE conference, two groups of students from Regnum Christi schools in Mexico made award-winning presentations that they developed as school projects. The conference was attended by 22,000 people, including many from Regnum Christi schools in North America.

María Elena Urbán, a science teacher at Instituto Cumbres Alpes (Heights and Alps School) in Querétaro, Mexico, accompanied students from her school to the ISTE conference. She noted that the students were fascinated by the idea of applying technology to their life.

Ms. Urbán explained how her students got involved in the conference: “In August or September 2017, they invited all the teachers in all the schools to participate by submitting innovative ideas for using technology. The best got to participate in the annual conference in Chicago.” After proposing the concepts for their projects early in the academic year, students started developing the projects in December. 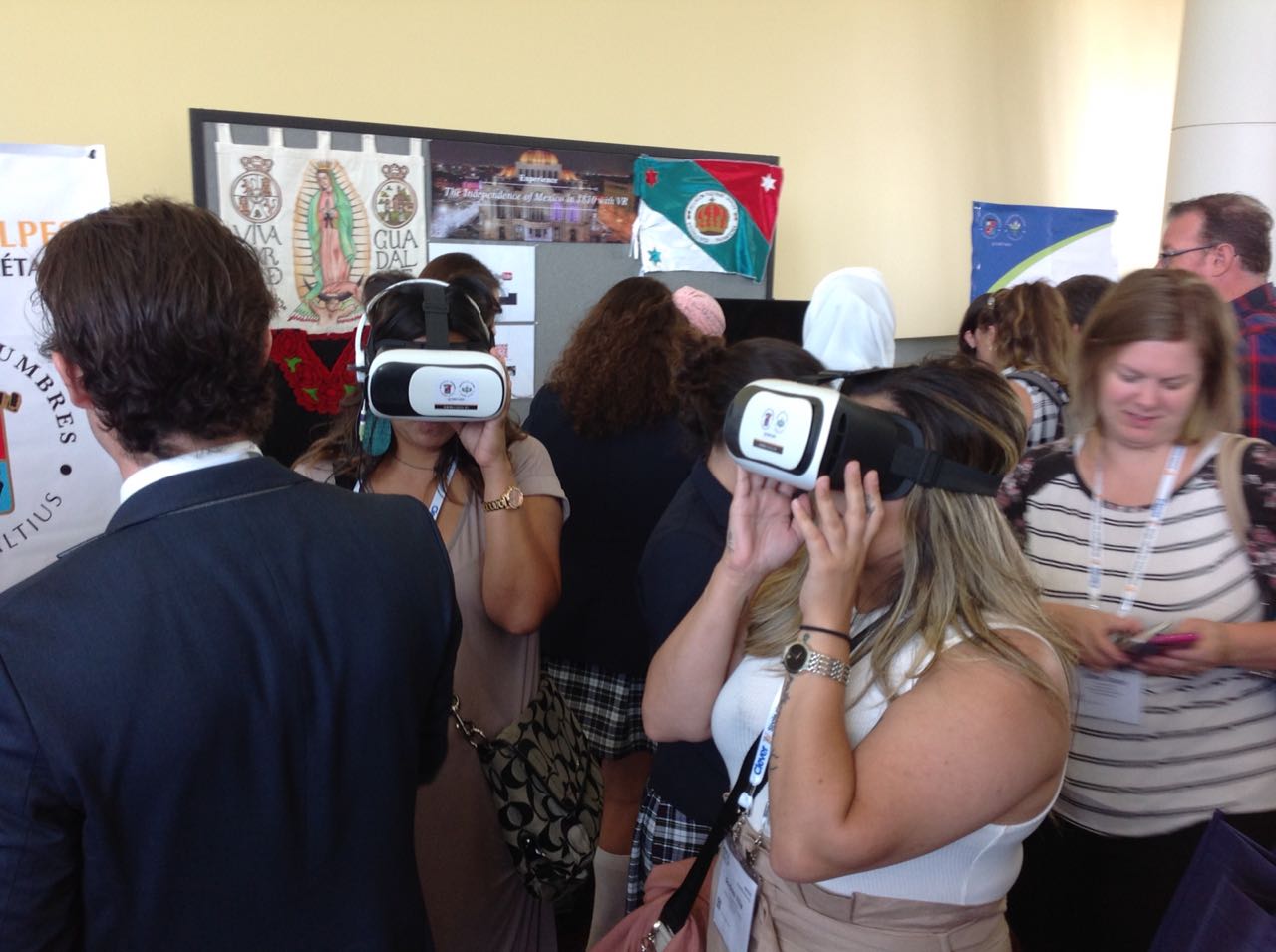 Two groups of students from Ms. Urbán’s school, one from the middle school and one from the high school, were invited to present their projects at the conference.

The high school students created a video that allows viewers to experience the independence of Mexico in 1810 through virtual reality lenses. They filmed in historical locations connected to the event, with the help of a history teacher. Ms. Urbán said this provided a good interdisciplinary learning experience, as the students presented it in English.  The resulting video makes viewers feels like they are part of history, because it allows the viewer to pan 360 degrees, creating a VR effect.

The middle school students’ project had to do with robotics and green cities. They simulated a city and a robot that detects which citizens are recycling garbage and awards them points for it.

Ms. Urbán said the students really seemed to enjoy the experience of presenting at a big international conference. “I think that they will return to Mexico very satisfied with the work they’ve done over these six months,” she said. “They’ve learned vision, commitment, patriotism, et cetera.”

Visitors to the students’ booth responded enthusiastically. “It was a very informative project,” noted one woman. Another said, “The video you guys made is really amazing, and we can’t wait to take it back to the schools we work with to show it to them as an option for their curriculum.” Greg from Riverside California said, “It was great to see the students not only act and put it together, but they did everything – the costumes, the history. The videography was amazing, and it was pleasant to watch.” One woman said, “It’s like a field trip without paying for it.  I would recommend it to anyone to use in the classroom.” 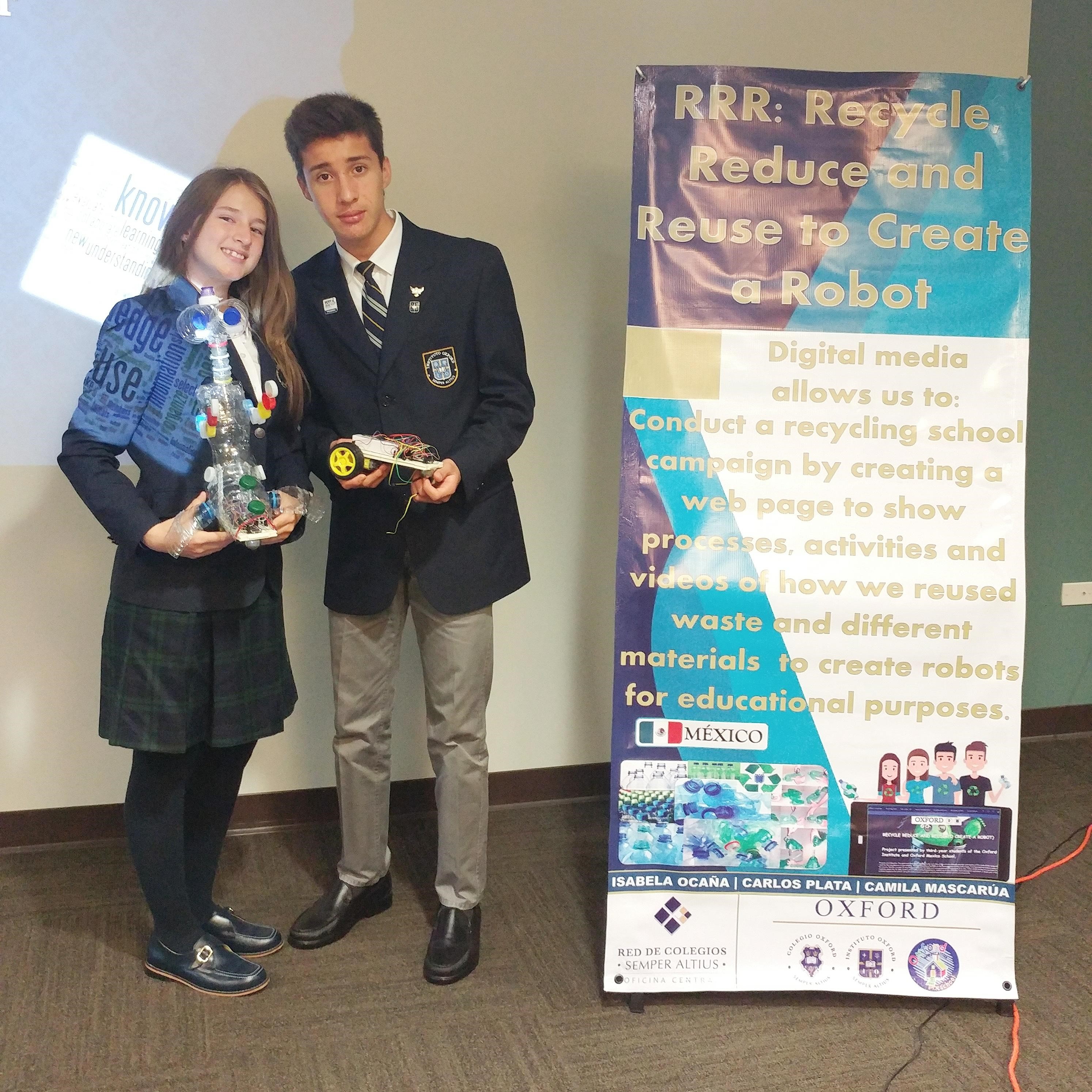 Anáhuac Prep in Monterrey, another Regnum Christi school, also presented a project to promote social action. Four of the students involved were able to attend the conference.

The Anáhuac prep students created a website called Trasciende (“transcend” or rise above) that invites other young people to engage in charitable social action. Teacher Francia Almaguer said the concept for the project came from their social action class, which encourages students to help their neighbors. Students engage in activities such as catechesis, providing wheelchairs, building houses, helping those in low-skill labor, visiting the sick, and missions.  “What they did with technology,” Ms. Almaguer said, “was to put all that they did at a level [so] that other young people their age could understand such service and join with these social action teams or make new ones.” Check out the Trasciende website here.

Ms. Almaguer said, “They were very content and very proud of their project and how they shared experiences with other young people. They are looking forward to participating again next year.”

The same week as the ISTE conference, which ran June 24–27,  was the RC Education Summer Institute in Chicago. Sixty-two individuals from 11 Regnum Christi schools in the territory participated.

One focus of the institute was curriculum improvement. The event launched the RC Education online professional development course, which explores Integral Formation as the RC educational model. Summer Institute participants spent most of the week at the Carmelite Spiritual Center, but also visited Everest Academy in Lemont as well as the ISTE conference.