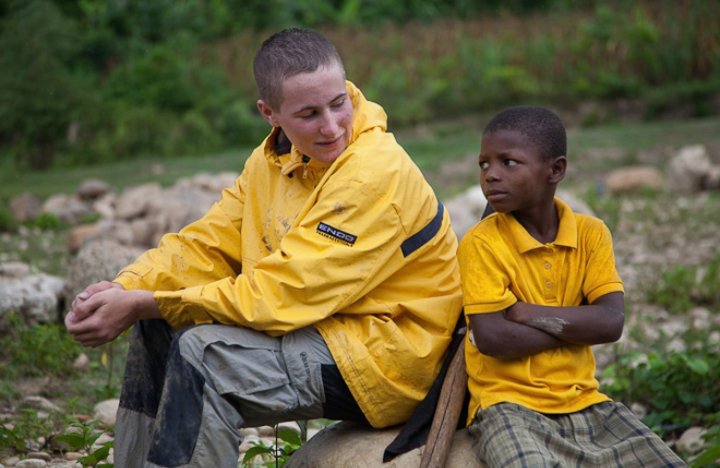 I know all of you have heard the phase time flies when you’re having fun, I think that is true. But I think time flies much faster when you’re in God’s hands. That has been my experience of these last five years. Perhaps you might wonder, hmm has he really been away for five years? Well, you’re right I haven’t, but this June will mark five years since I went on the mission trip to Haiti that changed my life. In June of 2010 I went to Haiti with a missionary group called Manto De Guadalupe. I don’t know how many of you I have shared my experiences with, so if you’ve heard this before I don’t mean to bore you. But I feel like after five years of God’s fidelity to me, I ought to sing a little of His praises, and tell of the good things He has done for me.

Five years ago, I stepped into a country that was poorer than poor, devastated by an earthquake a few months 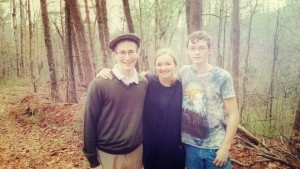 earlier. I saw scenes like this one, one house standing and the next a pile of rubble. I was a normal American teenager, at least by some standards. So when I saw all of this I was shocked, I had never seen so much poverty and suffering.

I met people that had lost their families, kids who had lost their parents, brothers, and sisters. And yet among those people I met many who seemed to be happy. I began to ask myself, how can they be happy? That doesn’t make sense… but the more time I spent with them, the more convinced I became that they were really happy. And at the same time I began to realize how much I was longing for that happiness, I was empty inside, cut to dry by my American materialistic way of life.

I didn’t understand what they could have possibly have which I didn’t have. Then one day we had a special Mass for all the people in the surrounding villages. When we told the people that there would be a Mass, they went bezerk. They convinced us to wait an hour and play soccer till they could round everyone up to come to Mass. And many did come, the church was over-packed. I didn’t understand a word of the Mass, since it was in Creole, but there were two moments that struck me. First, I’ll mention that during the Mass literally everyone was singing, yet between the three hundred there wasn’t a single hymnal. After the Mass, they kept singing for a whole hour, giving praise and thanks to God. It was then, in that time after Mass, when I realized that that Joy which I had seen in those people was real, and it was coming from God, because He was with them. 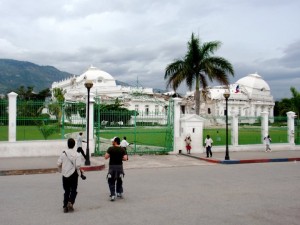 The second experience was during the consecration of the Host. When Fr Guerra, our Legionary chaplain lifted up the Host, I thought to myself, this is the most powerful and meaningful thing, God is coming to down to these people here and now. I felt deep inside that this is what God had made me for, to bring Him to His people.

Now, many of you who knew me from before might wonder, well didn’t you always want to be a priest? You had it written all over you.. well, to answer your question, I was trying to run away from the idea of becoming a priest. At this time in my life, I didn’t want anything to do with it. I wanted to join the military, and do Pararescue in the Air Force. Actually, I wouldn’t have even gone on this trip if my sister, Angela, hadn’t convinced my parents that it would be a good idea to send me to the most dangerous place in the western hemisphere. And she wasn’t trying to get rid of me …

So that is how my path began, five years ago. It was a big grace to spend that time in Haiti, one that God continually asks me to look back to, as I meet with the challenges of following my vocation. God has been good to me, and he continues to bless me day after day. He gives a lot, but asks a lot as well. So each day I have to renew my desire to give it all to Him. I hope one day to be that priest who brings God to His people. For this I have to ask you once again for your prayers, that I will persevere.

Please know that you are all in my prayers. God Bless you!