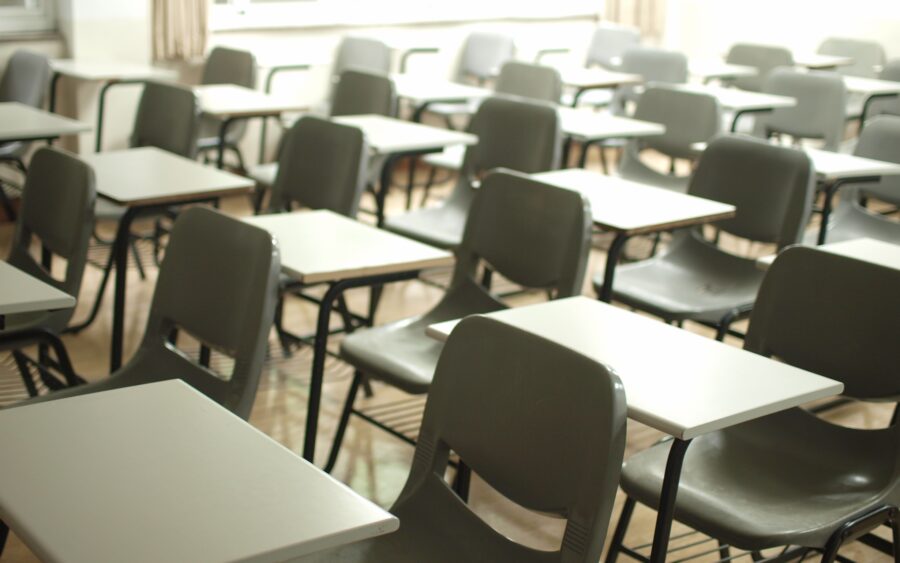 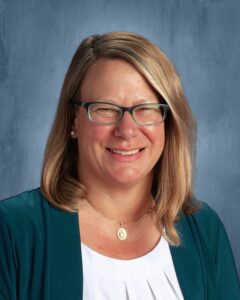 Deb Bauer, a Consecrated Woman of Regnum Christi, knows first-hand the importance of ministering to teenagers and young adults at the high school age—she received her own call to develop an intimate relationship with Christ when she herself was in high school. Persuaded by her brother to participate in a weekend retreat, Deb was at first hesitant to attend, but by the end of the three days, her life had been radically changed. “I met Christ in a very personal way in the Blessed Sacrament during adoration on that retreat; he became a real person to me, and that’s where I received my call to bring others to know him.” says Deb.

Further retreat experiences, as well as having a coach and teachers who served as strong formational mentors throughout her high school life, led Deb to the pursue a career in the field of education, where she hoped to develop the training and skills to guide students to make healthy decisions, and the opportunity to have a positive influence in their lives. Although she originally considered working towards a bachelor’s degree in theology, she ultimately decided to get a Bachelor of Science in School Health Education from the University of Wisconsin-La Crosse. This provided Deb with the credentials to work in a setting where she could help students to make good decisions about their lives in areas like nutrition, stress management, sexuality, drug use, and overall health. But Deb found that this degree didn’t satisfy her call to have a real and transformational influence in the lives of the youth with whom she worked. “I just wanted to bring people to know the Lord, because he had touched my life in high school in a very deep way through a retreat,” says Deb. “I got the degree in school health education, but I still had the itch to continue. I didn’t feel like I could bring God into the classroom or into my work in a public school, and I just felt a call to make him more known to others.”

Deb went on to obtain her Master’s in Theology and Christian Ministry, with a specialization in Catechetics, from Franciscan University of Steubenville. Here, she became involved in the Catholic charismatic renewal, worked in healing and prayer intercession, and developed meaningful relationships with the Franciscan priests and brothers and fellow students, all of which created a powerful faith experience and strengthened her call to youth ministry. Before she had even finished her degree, Deb was recruited to work in a large parish in her home state of Wisconsin, and served for three years as a youth minister and as a middle school and high school director of religious education.

At this point in her life, it appeared that Deb was doing exactly what she had felt all along that God had been calling her to do – she had a successful career and leadership role in the Church, which allowed her to have a real impact on the lives of teenagers and young adults in her parish. But Deb still felt restless. As it turned out, God was inviting her on another journey.

After her time at Franciscan University, where a culture of vocational discernment is at the forefront, and encountering Regnum Christi and the consecrated women, Deb began to feel a vocation to the consecrated life herself, a call with which she initially struggled. “I thought, ‘what’s the difference between a consecrated woman and me, who’s working 60 hours a week for the Church?’” says Deb, who was already dedicating herself to a full-time career in pastoral work. But Deb knew that God wanted more. “I knew I could do a lot of good as a [lay] leader in the Church, but God showed me clearly that he wanted all of me,” says Deb. “It was a hard call for me, because I was happy working in the parish, but I can tell you that I’ve never regretted it, and God has always been very close to me in my vocation.”

As a Consecrated Woman of Regnum Christ, Deb’s commitment to education only intensified. She was asked to pursue a PhD in education so that she could serve at Mater Ecclesiae College in Greenville, Rhode Island, which at the time was a formation center for consecrated women. Deb obtained her doctorate in education, focusing her dissertation on developing and upholding the Catholic identity in the Catholic school system, and went on to serve as the president of Mater Ecclesiae College.

Currently, Deb is the formation director of The Highlands School, a Pre-K through 12th grade Catholic college preparatory school in Irving, Texas, where she continues her dedication to creating an environment within the educational system where students can encounter Christ. As director, Deb oversees formation and the development of Catholic identity in the school. Together with a team of consecrated women and Legionary priests, as well as the dean of student life and the athletic director, Deb works to bring the Catholic faith and the charism of Regnum Christi into all aspects of the school. And for Deb, the school is the ideal place to make God known and loved. Says Deb, “I think what’s unique about a school environment is that you’re clearly not the protagonist – God is. You can teach and preach and create holy environments, but only God gives the growth. You can teach someone to memorize the creed and say ‘I believe…’ but the faith by which they truly believe is a gift from God – it’s grace.”

One of the things Deb values most about school is the opportunity it provides to have daily and consistent interactions with those she serves. “One of the beautiful things about working in a school is that you don’t have to go very far to encounter others,” says Deb. “We get to accompany and share the gift of Regnum Christi in the powerful work of formation that we do with teachers, staff, parents, and students here, and it’s a huge gift that we have access to almost every day of the year.”

Although Deb believes that the many spiritual opportunities that The Highlands School provides—like daily Mass, adoration, missions, and, of course, retreats like the ones she herself was so greatly impacted by as a teenager—are important for creating environments in which students can encounter Jesus, one of the most important aspects of high school ministry to her is the one-on-one connection that occurs through mentorship. While as director Deb works mainly with school leadership, teachers, and parents, she also has the opportunity to meet with students to talk about prayer, family, friends, and how God might be moving in their lives. “In many cases of mentoring, I’m impressed at how deep you can go,” says Deb. “It’s in those personal encounters, I think, where you see God very living and active.”

Deb shares the story of one particular student who was impacted by that one-on-one relationship:

“When I arrived here there was a girl who was put in our high school, and she was not a happy camper. She would break the dress code, she had a lot of attitude, and she was not happy. She was an incredibly talented woman, very smart, but suffering, and not wanting to be there. Then, she went on a mission to Nicaragua and had a powerful experience of Christ through the Blessed Sacrament and the children there, and she became a different person. On the last day of school as a senior, I was in the chapel and she came to make a visit – she sat down with me and just thanked me for being close to her and not giving up on her. She chose to attend a Catholic university and this year, she’s going to missions to Africa.”

It’s creating these kinds of opportunities within the school that can have a transformative impact on the lives of the staff, families and students that inspires Deb in her work to bring Christ and the Regnum Christi charism to the field of education. “I’ve seen kids change because of missions and retreats, from being given the tools to be able to understand their faith and think critically about it, and through mentoring that helps them reinforce it and talk about how they can live that in their daily life with the struggles of any normal teenager,” says Deb. “My work in education is basically to create an environment for Jesus to be present and to meet souls where they’re at.”

Deb has been a Consecrated Woman of Regnum Christi for 22 years, and has been working in Catholic education and youth ministry for more than 25 years. To find out more about her work at The Highlands School, visit their website at thehighlandsschool.org.