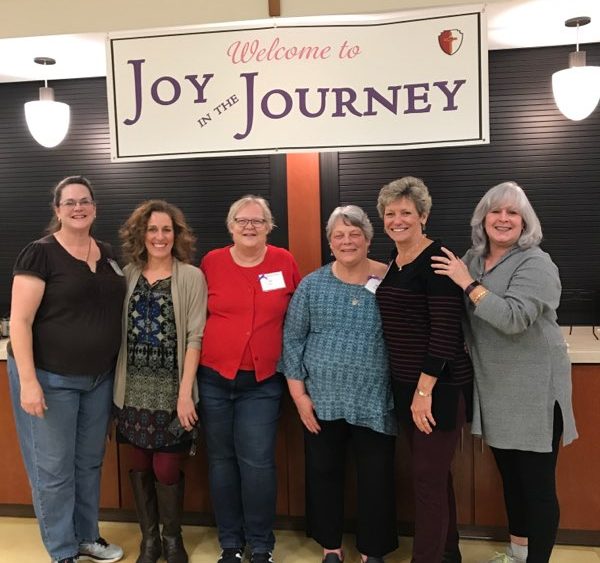 Jenni von Lehman, a Regnum Christi member from Covington, KY, was one of the first to go through this training. “Fr. John was just coming up with ways that we could evangelize more effectively and [to] more people,” she said.

When asked how the idea germinated, Fr. John described a long thought process. “A lot of times my best ideas come from seeing someone else do something and thinking we could adapt that for Regnum Christi,” he said. “Back when Pope Benedict visited England, around 2012, Austen Ivereigh prepared a group of laypeople [to be] spokespersons for the Church. It was unofficial, of course. He trained them over three weekends in doing media interviews, as he knew the demand would be there once the Pope arrived.”

Fr. John saw several articles about how successful this initiative was, so he thought about how to train Regnum Christi members in similar things. Originally, he thought of just training them to offer retreats but then expanded to evangelization. He called it the Regnum Christi Evangelization Teams,so it wasn’t conceptually limited to giving retreats. Fr. Bullock even avoided taking a cookie cutter approach to what kinds of retreats, although most of the retreats that teams have given so far have been all-day Saturday retreats.

Fr. John decided on a lengthy formation of 18 monthly sessions of three hours each, over two years. He focused on three areas of content. First, he offered catechetical instruction, in which he would quickly quote numbers from the Compendium of the Catechism, then go then go deeper into concepts.

Along with the Compendium, Fr. John used a number of other sources, including Austen Ivereigh’s How to Defend the Faith without Raising Your Voice, and Fr. C. John McCloskey’s Good News, Bad News: Evangelization, Conversion and the Crisis of Faith. As he got deeper into catechesis, he explained how to respond to hot-button issues.

Although catechesis is inherently theoretical, he wanted to be more practical in the other two topics. So, in the second element of his approach, he taught each member of the teams how to speak in public. They would be given assignments for talks of certain lengths or with certain elements. After they spoke, Fr. John and the others would give constructive criticism so they could improve. Jenni noted this included not only ordinary speaking but other ways of sharing the faith, such as blogs and radio spots. One of the women has even kept up the blog she started as homework for these classes.

The third element was practical organization, so that these members could organize retreats or similar events. Many already had experience organizing Regnum Christi monthly retreats, but others had to learn by trial and error — one early retreat had to be canceled due to miscommunication with the parish.

Fr. John had a few requirements for anyone signing up: they had to be Regnum Christi already, they had to come as team, and they had to commit to running events even before they had finished all the classes.

Fruits from These Evangelization Teams

Towards the end of their second year or shortly afterward, participants gave their first retreat. “Out of principle,” Fr. John explained, “I would not go to the retreat because I want them to be fully self-sufficient, not relying on our presence. That’s how we begin to multiply ourselves.”

Jenni and her team decided to start in Lent, as people tend to think more spiritually then. Describing her team’s first retreat in 2016, she said, “I was personally a nervous wreck with all the logistics and speaking; we had no idea how it would go. We weren’t going to talk about Regnum Christi and give a sales pitch, but the women were asking, so at the end we spontaneously decided to tell them about our experience in Regnum Christi.”

In response to this description of how Regnum Christi affects them and their families, three women signed up to receive more information. Those three women ended up joining Regnum Christi and being part of the second group to go through Fr. John’s training. Four or five other women from subsequent retreats are currently discerning Regnum Christi. Jenni’s team has offered four retreats so far and had 35-50 women attending each one.

Fr. Bullock explained how Regnum Christi methodology is reflected in the retreats. “I think the participants are drawn more quickly to Regnum Christ when they see a Regnum Christi member preach than when they see a Legionary or Consecrated because it removes the excuse, ‘They’re a priest or Consecrated so they have to speak like that.’” He said, “Women are moved seeing others who are moms and housewives just like them: ‘How did that woman get on fire for her faith? I can do that, too.’”

Jenni notes that her team is made up of ordinary women who just love Jesus a lot. She remarked that having five different perspectives and personalities involved in giving the retreat helps them keep women engaged throughout the day. They have a basic idea of Ignatian methods from their time in Regnum Christi but feel free to adapt it to their circumstances.

Fr. John said, “I think when we in the movement stick to our basic charism of forming apostles, God will bless it.”