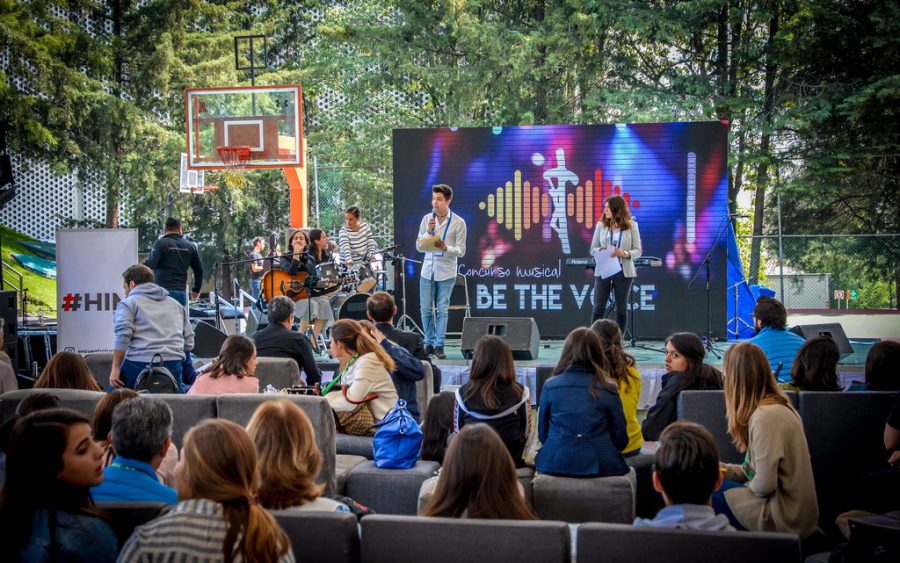 From October 5-7, the Youth and Family Encounter 2018 took place, with the participation of more than 4000 people from Mexico and Central America.

With the presence of sports personalities, journalists, artists, influencers, testimonies, moments of prayer and liturgical celebrations, this Encounter was full of harmony, reflection and fun among members, family and friends of Regnum Christi.

The Encounter was held at the Anahuac University. Members from all four branches – lay members, Consecrated Women, Lay Consecrated Men and Legionaries – along with friends of Regnum Christi participated.

One of the most moving moments was the diaconal ordination of six Legionaries, their testimony of dedication and service is a message of hope, for a society hit by materialism and insecurity. 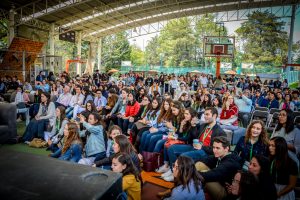 Among the keynote addresses, the Bishop of Aleppo, Syria, Bishop Denys Antoine Chahda, expressed the value of peace, reconciliation and service to the most vulnerable.

The international journalist Valentina Alazraki shared her testimony as a correspondent in Rome since October 1974, a time she lived with Saint John Paul II, historical moments that marked her life, and that filled millions of people with faith and hope.

Burl Cain, a visionary who initiated the installation of chapels in prisons in Louisiana and offered training workshops for prisoners, also shared his experience. He explained his program of global seminars for “moral rehabilitation” of the offenders, offering them a second chance in life.

Fr. Joseph Burtka, LC, a Legionary since 1986, gave a workshop on the value of cultivating the spirituality of the family. He was ordained in 1997, served territorial director of New York and was a General Counselor of the Legion of Christ from 2005-2014.

To promote healthy competition, perseverance and effort to be better every day, Paralympic medalist Jorge Font shared challenges he overcame, which led him to achieve nine international titles in waterskiing tricks, five world records in the same category, and seven world titles in slalom waterskiing, as detailed in his book, Enlarge Life: The Strength of Fragility.

Marcelo Michel Leaño, who is the youngest head coach in the first division of Mexican soccer, gave a conference as well. He graduated from the Semper Altius School Network sponsored by Regnum Christi. Marcelo shared the value of perseverance and hard work, accompanied by a solid faith and a good spiritual formation. 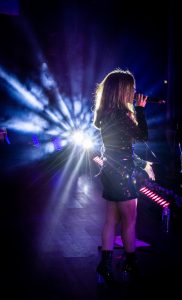 On Friday and Saturday night in the courtyard of the Anahuac University, and before hundreds of young people, Pray and The Vázquez Sounds sang. The latter shared a testimony of values and enormous talent, which has led them to surpass 200 million online video views.

To foster sportsmanship and family life, on Sunday there was a race to commemorate the 25th anniversary of Youth and Missionary Family, with a family walk of 2 km and a 5 km race. That same day, a panel was held with the presence of the various branches of the Movement: Consecrated Women, Lay Consecrated Men, Legionary priests and lay people. Fr. Paul Lara, LC, the territorial director of Monterrey, joined the panel and shared that his vocation was thanks to the testimony of Regnum Christi members.

Subsequently, Fr. Guillermo Serra, LC, moderated a panel composed of the communicator Mariano Osorio and the host and journalist Susana Sáenz. They explained the importance of being able to listen to the audience, the value of being objective in the information and the importance of recognizing and accepting errors.

Finally, Miguel Pérez, rector of the Anáhuac Mérida University, expressed the value of training and putting talents at the service of others, with an attitude of leadership and social commitment.

The closing Mass was held in the university courtyard and presided by Fr. Ricardo Sada, LC, territorial director of Regnum Christi of Mexico and Central America. Fr. Ricardo exhorted the members of the Movement to give testimony of joy and service in all environments in which they develop.

The Youth and Family Encounter brought together various generations identified by the values of union, learning, coexistence and integration, driven to fight every day from their homes to be young and families formed to contribute and be part of a positive and harmonious society .

Read the original with videos of the speakers and a photo album of 432 photos on SomosRC, the Mexican Regnum Christi site.